Will be released on the 24th this month.
Official Site. 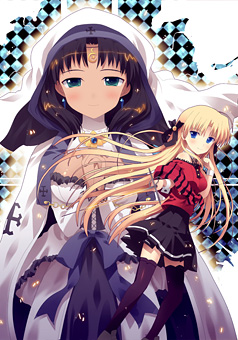 Amazon Synopsis: The King of Swords, Doni, invites Godou to Italy. Although suspicious, Godou and the group take part in a divine beast hunt, but of course that can't be the end of it. After getting sucked into a certain hole, Godou ends up...?

Spoiler! :
First place of the E-Book Award 2013 (by Da Vinci Denshi Navi)!!
The one Godou met... is a god-slayer not seen before!?
The King of Swords, Doni, has called his magic associations for a divine beast hunt and invites Godou.
The magi have a foreboding feeling the reunion of the two god-slayers in Italy will lead to turmoil.
At the end of investigating Doni's suspicious activities, Godou, Erica and Ena are sucked into a mysterious cavern and are wandering about without an idea where they are.
Furthermore, Godou chances upon a new god-slayer in there...!!!

Spoiler! :
Bare legs and thighs so white that they were almost blinding were peeking out from the bed. The swellings of their breasts bulging out their thin clothes and bewitching lines of their butts on the bed were also assailing Godou's reason.
Furthermore, Erica and Ena had come fresh from the public bath.
Their bodies flushed with heat, the two were completely relaxed.
"Well, I guess I'll go to sleep now..."
While fascinated by the irresistible freshness of their unusual clothes and the defenselessness of the relaxing girls, Godou tried to stand up.

"No, Godou. We're still in the middle of our conversation, aren't we?"
"That's right, your Majesty. You've just been quiet for a while now."
"Hey, you know, being the only guy in here, I'm really agitated."
Intending to raise a white flag, Godou honestly confessed.
However, Erica and Ena both smiled and didn't let him off the hook.
"What are you saying? This place is made to enjoy conversation in a large group or harmonious family."
"Right, right. 'When in Rome' or so the saying goes, right? Come join us, Your Majesty. Let's ball up on the bed and have a talk!"

So the 8th Campione lives in the Distorted World? Fine.
Kira0802

#campione at rizon for some #campione discussions~~ And other stuffs.
Top

SXIII wrote:My hope is/was for Shizuka to be the 8th one... or at least the 9th one.

If she becomes one I hope she gets killed by the King of the End, or any other deity.
Top

If she becomes one I hope she gets killed by the King of the End, or any other deity.

Noooooo leave Shizuka alone! Beside if someone / something did kill her, Godou's anger will be very dangerous.
Just a passing by translator, editor, typesetter, writer, meeper.

Translating : The Maso's TL project
and also other series.

Updated the first post with images, official synopsis and excerpt.

I guess I'll do SS6, "A Certain Day's Boys'(?) Meeting"(?) soon, unless a Chinese version pops up before that and zzhk does it. I'll talk to him about it.
"Oniichan... Did you just have your own ignition?" - Rika
『また兄さんに騙されました・・・・・・。これで通算４８２回目ですよ』－さくや
「お金持ちだから」－巣鴨涼
『もきゅ！』
Top

She made the cover, she's likely to be an important part of the story.

Go ahead, I see no reason to rush a side story anyway.

Edit: It's out, so I wouldn't mind doing it. Up to you, though. By the way, I would suggest the title to be: A Meeting of Men(?) on a Certain Day

Maybe just call it a cavern to make it different.
Wiki
Top

Go ahead, I see no reason to rush a side story anyway.

Edit: It's out, so I wouldn't mind doing it. Up to you, though. By the way, I would suggest the title to be: A Meeting of Men(?) on a Certain Day

I know the Jap is slightly different, but I tried making it remind of (A Certain Magical) Index. Sue me! Well, if you can do it, I'd appreciate it, I'd just like to see it done soon and I don't (didn't) know the Chinese version was done already. Actually, I remember doing a part of SS5 the night it was released and having #campione help me with editing... fun times.

Maybe just call it a cavern to make it different.

ANYWAY. Any expectations for V14? I expect lots of development for Erica, finally. Her dominance has receded since V1, but prequel volumes aside, she hasn't developed much in my eyes, so I say it's about time. Ena ends up with her and Godou, so I guess she'll get a bit of well-earned development, too. Erica and Ena also have the most potential for conflict between them, so maybe we're in for some cat fighting? Then again, they seem cordial enough in the excerpt...

I'm a bit sad we probably won't get to see much of Asuka, though. One line in V13 about her having to make a decision sooner or later made me very excited... Oh, well, there'll be V15, chances being it takes place in Japan again. For several reasons. Or V16. Well, w/e I guess?
"Oniichan... Did you just have your own ignition?" - Rika
『また兄さんに騙されました・・・・・・。これで通算４８２回目ですよ』－さくや
「お金持ちだから」－巣鴨涼
『もきゅ！』
Top

Asuka was able to guess Godou and Lancelot will soon fight so it's just a matter of time before she realise something about Godou.
Top

Read at your own risk.

Chinese spoilers for Volume 14:
Spoiler! :
Lady Aisha's "lady"(夫人) title is honorary. It doesn't mean Mrs.
Authority 1: creates holes. Wormholes. Wormholes which she cannot predict, leading to anywhere, any time apart from the future
Authority 2: usurped from an unspecified saint, charisma. She can create a crowd of fanatical followers whenever she wants.
Authority 3: healing ability usurped from a goddess of spring. This goddess also has winter and underworld aspects, which is why the use of this authority may turn the surroundings to winter.

Aisha is a dignified, gentle kind of beauty.
Without displaying any offensive authorities, however she is a Campione after all and hence a troublemaker.
Thanks to Doni, Godou, Erica and Ena were swept into one of Aisha's holes, resulting in a journey through time.

The 8th godslayer is Uldin in the world of the past. A man who loves womanizing, arrogant and bold.
His authority comes from the Mesopotamian dragon god, Ušumgallu.
Godou uses Circe's gift with Ama no Murakumo no Tsurugi in the fight against him.

The battle ends with
Spoiler! :
a draw
Top

Spoiler! :
I won't be surprised if Uldin is his ancestor or whose child founded the magic associations
wait..no Liliana?

and also I can see why Yinghua don't want to talk about her.

I doubt she have zero offensive capability.
under the right strategy/tactics those mentioned can be used as a weapon.
Top 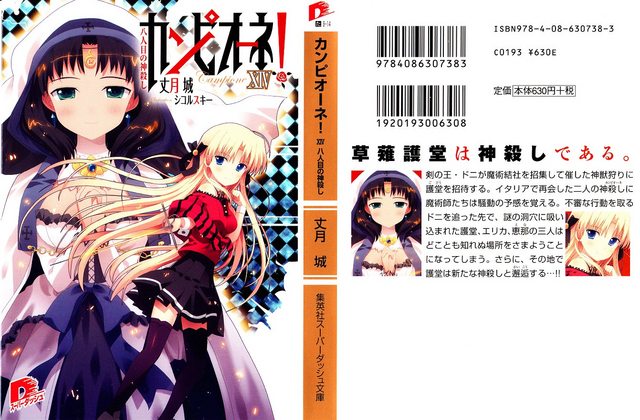 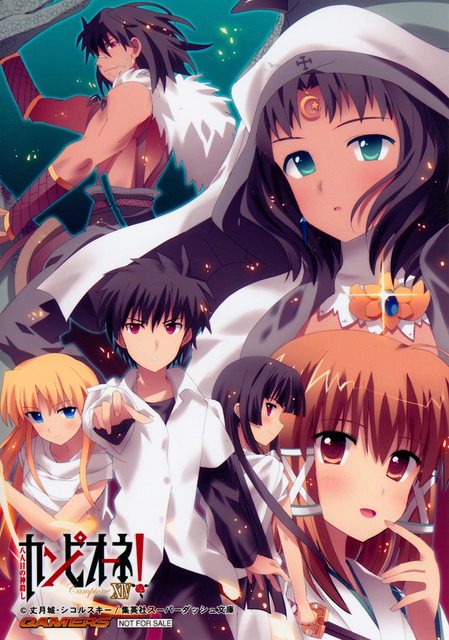 #campione at rizon for some #campione discussions~~ And other stuffs.
Top

Done reading. It was okay. Some very nice developments that make me want to read V15 so much, much earlier... some very worrying developments that almost make me so very, very... worried. Overall totally different from V13 (and V7), although not as unique as V12.


Rough spoilers of V14
Spoiler! :
I don't like Yuri becoming a bit of a sick girl-type. (But this can be salvaged)
I don't like Uldin. (But I hate Alec, too. It's nothing against the writing/series itself)
I don't like the time-traveling.
I don't like what happens for the big kiss.

I like what happens for the small kiss.
I like Yuri's, Liliana's and Erica's character development, a LOT. A BIG lot. Ena's future is unpredictable so~~.
I like how the final battle proceeded without any new rule-bending.
I like the gift from Circe.
I absolutely, crazily love Aisha.
"Oniichan... Did you just have your own ignition?" - Rika
『また兄さんに騙されました・・・・・・。これで通算４８２回目ですよ』－さくや
「お金持ちだから」－巣鴨涼
『もきゅ！』
Top
Post Reply
42 posts