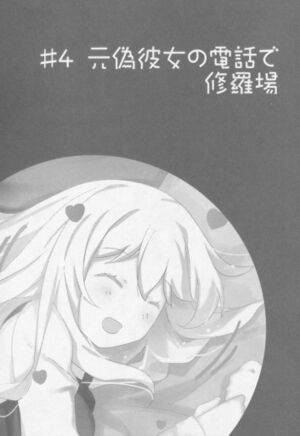 I finally broke away from my mother and Saeko-san, who were still talking, and went back to my room.

I still have things to review from today, but before that I need to give Masuzu a call. She’s mad. She’s gonna be so mad.

It sorta feels like I haven’t changed much from the time I was a fake-boyfriend.

Within one ring, Masuzu had already picked up.

I thought she would pester me about the slowness of my reply, but instead she had a very calm response. But with that being said, obviously I can't let my guard down just yet. The calm before the storm...the raising of the curtain for verbal abuse...that could just be what's happening right now.

“Yesterday you tried to call, right? What did you need?”

“I just wanted to say thanks for bringing me the pork miso soup.”

What, that’s all it was?

“Yeah, no problem. I was eating it alone so I just wasn’t able to finish all of it.”

“Energy jelly[1] is nice, but you should eat some solid food every now and then too.”

No matter how much time passes, the verbal abuse won’t come?

Well, not that I want it to come in the first place.

“Are you feeling ill by any chance?”

Masuzu fell silent for a second.

Even if you tell me to look, I can't actually see you.

“Well if anything happened, know that you can tell me.”

“Are you worrying about me? Your ex-fake-girlfriend?”

“Ex and fake are unrelated. I just care about you.”

“If you’re like that and be kind to everyone, there may be misunderstandings.”

“Everyone? Don't say something so disgraceful.”

She’s making it sound like I’m some sort of lady-killer, so I’ll make it clear.

“I won’t be nice to people simply because they’re a girl. Rather, I actually dislike girls since a higher percentage of them are just lovestruck-minds. I also don’t agree with the values that men need to protect or be nice to girls. The people who I show kindness to are the people I want to be kind to.”

I could hear laughter coming from the other end of the receiver.

I unintentionally got mad, but...well the verbal abuse has finally come.

“The ‘fart’ and ‘yield’ kanji from sophist suit you quite well.”[3]

Well I’m glad she seems to have gone back to normal.

“By the way, I heard that you and Kaoru talked to Fuyuumi about my goal of becoming a doctor.”

“Correct, I wanted to get Fuyuumi-san to give up on you.”

It’s just what I expected.

“I’m not particularly trying to keep it a secret, but from now on try not to talk too much about it.”

“I understand. This time was just special.”

It’s probably best to not say that A-chan has been upset by it.

Not to mention, I’m not sure what she would do if she found out I stayed at her house last night.

I glanced at the clock. 11p.m.. I need to get studying soon.

After what felt like a moment of Masuzu’s hesitation, she spoke.

Her voice was usually lonely.

When we dated, this sort of thing never happened. She was always just pulling me around everywhere she wanted without asking.

Well, it can't be helped.

“Just five minutes, then. What did you want to talk about?”

“Anything. I’m alright with whatever you want to talk about.”

“The last time you said it could be whatever I wanted and I started talking about ‘Magu-kei”, you started reading the billboards outside the train window.”

This was on the train heading to the beach last summer.

By the way, season 4 ended at the end of september and they’re currently making preparations for the next season. I can’t wait for season 5.

“...It doesn’t even exist in your memory any more?”

Ah well. Even if the person being punched doesn’t forget, he who punched may.

“Well then, how about talking about JoJo. That’s most reliable.”

“In the first part of JoJo, the story jumps from when they are young to when they become young men, right? Sometimes I like to imagine what happened in that gap.”

“Monyo. Me too. Like how Dio and Jonathan ended up becoming fake friends, monyo.”

Huh? There’s some other sound getting mixed in. Is the reception just bad?

“Given the incident that happened with Erina and Danny, JoJo wouldn’t have been the one to try and reconcile. But on the other hand, it’s not likely that Dio did either.”

“Since its Dio, monyo, he may have monyo, to make sure his plan worked out monyo?

“But Dio went around spreading insults and lies about JoJo to separate him from his friends. It's not like after all that he would just say, ‘Actually, JoJo is a pretty nice guy’.” 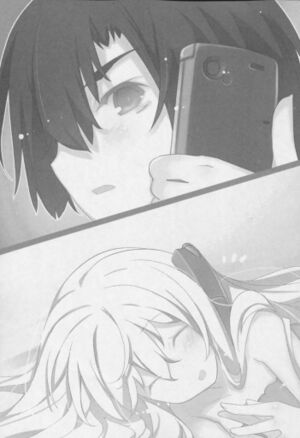 “So you think he brought himself to give in in order to be on good terms with JoJo after their fight? Unless Dio was actually able to change his ways, they would never get along right?”

“Monyo, Jonathan never actually felt any feelings of friendship towards Dio monyo. They just got along on the surface monyo, monyo, momo, mon, monyo, mon.”

“Even so, there had to be some start to them coming to that agreement of pretending to get along. Like some incident where Dio and Jonathan had to work together or something.”

“Like when they went to university, both of them played rugby, right? The answer probably lies somewhere related to that.”

I yelled into my phone with all my strength.

“What’s with that just now. What's with you! You said you wanted to talk to me so here I am, but everything is just monyo-monyo.”

Masuzu-san was breathing heavily for some reason.

What on earth is she doing on the other end of this call. Weight training?

“I discovered a new monyo method the other day and I accidentally got a bit too excited.”

“Monyo is just rubbing stuff on your cheek, right? What are you rubbing your cheek on when you’re all alone.”

As soon as I asked, Masuzu-san fell silent yet again.

Maybe there's something going on that she doesn’t want to talk about.

“But you were still able to understand what I was saying, right?”

Yeah that's true. I wonder how I was able to.

At that time, I heard the sound of something hitting my window.

It was a sign from Chiwa, who lived nextdoor, that she wants my attention.

“What was that sound?”

Even Masuzu was able to hear that? Wow, just how good were her ears?

“That’s Chiwa calling for me. She’s too lazy to just send a message.”

Upon saying that, Masuzu let out a faint ‘oh’ sound.

She suddenly hung up the call.

What’s with her. Is she trying to be considerate of Chiwa again?

I opened the curtain and saw Chiwa waving at me from her own room.

“It sorta seems like your house has gotten a bit noisy tonight?”

“Why is it that I’m surrounded by such perceptive girls.”

“I think Ei-kun is just thickheaded.”

I wonder if that's it.

“My mother came back.”

“She was dumped by her man apparently. For the time being, she’ll be staying here and Saeko-san is just in the middle of telling her off.”

Chiwa became frozen for a second with her mouth slightly open.

“Not at all. Either way, she’ll leave again soon anyways.”

“She’s the kind of person who can’t live without a man.”

She gives love her number one priority. Even above her child.

“Anyways, is it alright if I go to greet her tomorrow?”

I have my prep school tomorrow as well, so I won’t have time to look after my mother.

“Anyways, sorry but I have some studying to do.”

“Oh, right. Sorry for bothering you.”

I closed my curtains and quickly opened my textbook.

It was the one that Mogami Yura had given me for going to karaoke with her. It was as challenging as expected, so I had yet to move past the fundamentals. I need to get through this by the end of winter break.

The only direction I’ll move is forward. 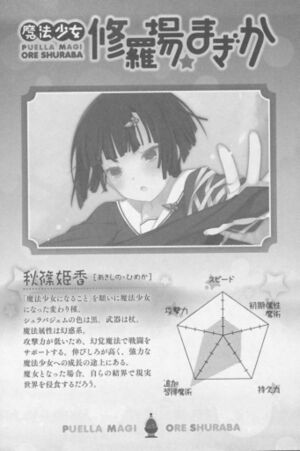