Saflee Opendays was one of the participants in the Natural Selector tournament. She was around twenty years old, and her shoulder-length blonde hair and white skin were her defining physical characteristic. Her body was not bad to look at either. She looked good enough to get a job as a magazine model, but she personally preferred the world of fist fighting.

In the locker-filled participant waiting room, Saflee checked over her outfit. Belying her expectations when she had heard of the dome-shaped tournament facility, the waiting room was rather simple. The snowy Eastern European weather did not help, and the supposedly heated waiting room left a chill spreading into her feet. Was the entire facility the same?

However, her outfit was also part of the problem.

What she wore resembled a deep blue party dress, but the material it was made of and the strength of their seams had been greatly altered. Above the dress, leather belts were wrapped around mostly her upper body.

Those belts were not strategically placed to give her some kind of advantage.

First, a tournament was a type of show business, so she wanted to stand out in some way.

Second, she wanted to give any enemy that specialized in throws an obvious target to grab for.

Natural Selector allowed equipment up to a total weight of eighty kilograms, but the only equipment other than her clothes Saflee had weighed a mere five hundred grams.

She also wore fingerless gloves with urethane inside in order to reduce the stress to her fists.

Speaking to oneself was a stereotypical way of mental changes appearing externally, but it could also be used as a simple means of autosuggestion. Needless to say, regulating one’s mental state was immensely useful in sports and combat.

“You, spiky-haired Asian boy. Could you explain to me why you charged in here while I was in the middle of changing?”

This time, she was not going through a solo process of intentionally regulating her mental state. She actually had someone to speak to.

The spiky-haired boy was not in some cute situation where his cheek had a bit of crimson in it from an open-handed slap. Instead, he had been skillfully pummeled by elbows and knees that had been intended to be used in the actual tournament. The boy was limply lying on a bench and his face was horribly swollen as if he had stuck his face into a giant bee hive.

"I am Saflee Opendays. My hobby is all kinds of physical fighting. If I broke any of your teeth, I apologize. I cannot do anything beyond apologizing though.”

“You seem to be trying to play this off as nothing, but I’m actually quite worried. You seemed to be fairly fit, but you’re an amateur, aren’t you? Do I need to call a doctor?”

“Can we just continue our conversation?”

“I heard what you said while I was changing.” Saflee leaned up against the locker and sighed with her arms folded. “You said someone intentionally had Natural Selector – or rather, the Anti-Academy City Science Guardians sponsoring it – created. And you want to destroy this person’s aspirations and bring the Academy City cooperative institutions back to their original position.”

“It was Leivinia Birdway,” replied Kamijou Touma while mumbling a bit. “She used the incident in Hawaii to give the cooperative institutions a sense of danger leading to their splitting off and becoming an independent group. How this is related to the magic cabal called Gremlin—think of them as something like a terrorist group—is still unknown, but Gremlin has to be planning to do something related to the Anti-Academy City Science Guardians.”

“And this has all shown itself in the form of Natural Selector?”

“Exactly.” Kamijou sighed. “I have no idea what they’re after, but Natural Selector has to have a purpose beyond the official one. And I doubt that reason will be a good thing for the participants like you.”

“So they’re going to throw us into giant refrigerators as specimens for some kind of human experiment?”

Saflee was at a loss for words when the boy seriously responded to her joke.

“I don’t know what Gremlin is after either, but given Radiosonde Castle and the invasion of Hawaii, their objective is sure to make a lot of people suffer when it comes to the surface. Knowing that, I cannot overlook this. It’s also partly my fault that things have gotten so serious.”

He did not speak in some overly grand way as if in an attempt to convince her. This actually made his words seem oddly real.

However, she had her own reason to participate in the tournament.

“No reason. To be honest, I got lost and came in here by accident. I don’t know the layout of Baggage City. I would appreciate it if you would help me, but I think that would be very dangerous, so I don’t recommend it.”

“So I can’t participate in the tournament or take any action to destroy it? What do you want me to do then?”

“If possible I want you to escape as soon as you can.”

“That I most certainly cannot do.”

“I’ll think about it if you defeat me in a quick three minute match.”

Having previously had his face pummeled by her “Kyaahh! Pervert!!” reaction, Kamijou quickly raised his hands above his head.

“I am neither for nor against your plan. As long as I can achieve my objective, I do not care. Once I do so, Natural Selector can be cancelled and the Anti-Academy City Science Guardians can be demolished for all I care.” 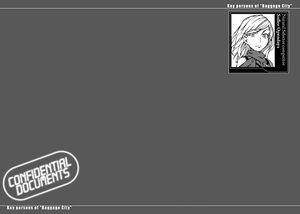 A high-pitched alarm sounded within the waiting room.

It was the signal for the participant to enter the arena. It was the invitation to a life-or-death battle. Upon hearing it, Saflee Opendays calmly removed her back from the locker.

In a relaxed voice, she responded to Kamijou’s question.

“What you children of Academy City have so casually obtained is what the rest of us humans cannot obtain no matter what we do.”