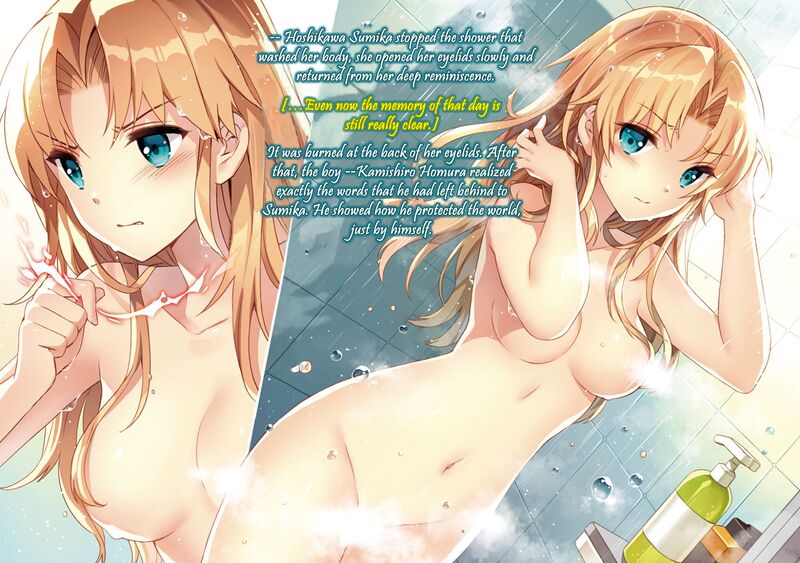 ―Hoshikawa Sumika stopped the shower that washed her body, she opened her eyelids slowly and returned from her deep reminiscence.

(…Even now the memory of that day is still really clear.)

It was burned at the back of her eyelids.

After that, the boy―Kamishiro Homura realized exactly the words that he had left behind to Sumika.

He showed how he protected the world, just by himself.

Click on a date/time to view the file as it appeared at that time.

You cannot overwrite this file.

The following 2 pages use this file:

This file contains additional information, probably added from the digital camera or scanner used to create or digitize it.

If the file has been modified from its original state, some details may not fully reflect the modified file.