The Fate/zero series is available in the following languages:

Fate/Zero (English) is a translation project undertaken by various members of the Beast's Lair forum and Baka-Tsuki, hosted only by Baka-Tsuki. Be sure to thank them accordingly!

All four volumes of Fate/zero had been translated into English. It's been almost five years since we started, and we can't thank the readers enough for keeping us going all the way till the end. We're honoured to bring you this majestic work by Urobuchi Gen, and wish from the bottom of our hearts that you would enjoy reading it as much as we did translating it.

And personally I'd like to thank everyone on the staff list, who had contributed to this project and enriched it with your input. All my translators and editors had been invaluable, and thank you all so much for putting up with me and keeping this project going. I hope everything goes well for you, and perhaps we would be able to work together in the future if luck permits it.

Once again, we present to you Fate/zero, the tale of the Fourth Heaven's Feel, the prequel to Fate/stay night.

It is only the story of a man who wanted to be a hero of justice.

Translation is finished but editors are still working on type-editing and checking translations against the original Japanese text. Updates will go live as they are completed. Thanks for sticking with us to the end! It means a lot to us! --mewarmo990

As stated, an unofficial one-man show, aiming to clean up and revamp the existing translation while remaining faithful to the original Japanese (as far as possible). Project aims here. Edits may be incorporated into existing translations with permission and enough time. Help from any Japanese translators greatly appreciated, comment on the blog or PM troydenite on the Beast's Lair forums. Follow on Tumblr for all the latest updates!

Eight Years Ago
Three Years Ago

War of the Holy Grail - Pursuing the power of the "Holy Grail" which grants a miracle, this is a contest in which seven magi summon seven Heroic Spirits to compete for it. In that battle whose conclusion was postponed three times, now, the fourth war commenced again. Entrusting their dearest wish of victory, the magi joined the battleground called "Fuyuki", but amongst them, there was a man who was always alone, and could not find out the meaning behind his fights. His name was Kotomine Kirei. Not comprehending the guidance of fate, Kirei was lost, and had kept questioning. Why someone like his was given the Command Seals. However, the fate of his fights crossed Kirei's path with a nemesis by chance. That person is - Emiya Kiritsugu. A man who was sterner than anyone else, more merciless than anyone else, and who sought the miracle of the Holy Grail.

Merely recited in fragments in Fate/Stay Night, this is the Fourth War of the Holy Grail 10 years ago. The truth which unfolded behind the battle between Shirō's foster father, Rin's father, and the younger Kotomine Kirei, is finally revealed......

Those who wish to contribute are asked to first post at the Beast's Lair Fate/zero staff thread.

Translators are asked to register the chapters they plan to work on.

To Translators/Editors: It is highly suggested that you use terminology and concepts from the TYPE-MOON Wiki. Any missing information may be picked up from Fuyuki Wiki. --velocity7 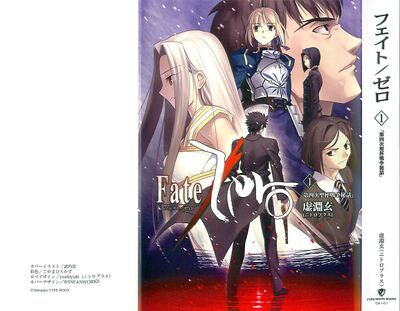 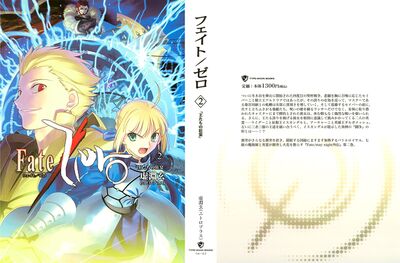 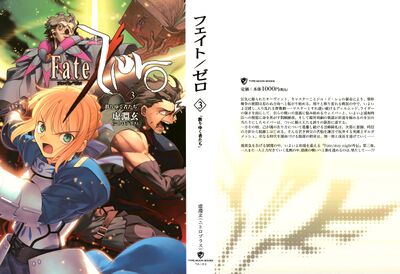 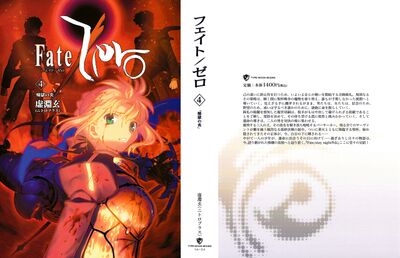 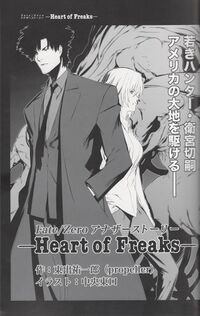 The young hunter - Emiya Kiritsugu。Dashing into the vast land of America.