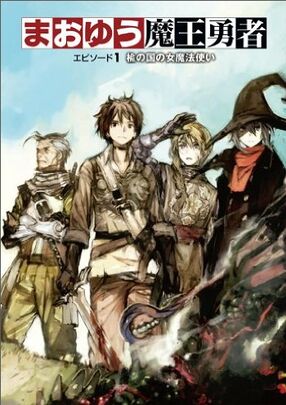 Note that the only translator at the moment, Kira0802, is translating from the web version.

After a long and treacherous journey, our Hero finally arrives at the Dark Lady’s castle only to find himself being asked for help. The Hero explains how the war that the demons have brought upon the humans have killed thousands and put more in misery. The queen of demons however argues that this war has made the human society band together as one and showed empirical evidence how it has increased population, increased production, boosted economy and improved society overall. Furthermore, she explains to the Hero that ending this war will result in a civil war that will produce more bloodshed than there ever was. The Hero, convinced that the only way to bring peace, relatively speaking, is to join forces with the Dark Lady, agrees to help with her plans! (From Baka-Updates)

If you enjoyed the teaser, why don't you discuss this series in the forum or vote it in the feedback thread?