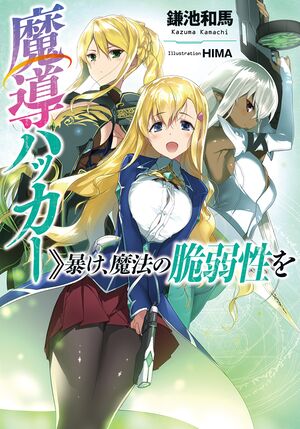 Sorcery Hacker >> Divulge the Magic Vulnerability (魔導ハッカー＞＞暴け、魔法の脆弱性) is a light novel series written by Kamachi Kazuma (鎌池 和馬) and illustrated by HIMA. Kamachi Kazuma is also known for several other light novel series, most notably the Toaru Majutsu no Index series. Unlike Kamachi's other series, this one is published by Line Bunko Edge instead of Dengeki Bunko.