Difference between revisions of "Template:Toaru:Brief" 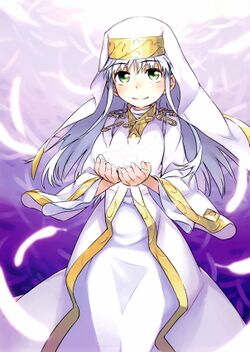 The series has produced a manga with 23 published volumes, three anime seasons based on the contents of the original novels and inspired a PSP game. The anime adaptation has also inspired an animated film titled Gekijōban Toaru Majutsu no Index: Endymion no Kiseki (劇場版 とある魔術の禁書目録（インデックス） エンデュミオンの奇蹟, lit. A Certain Magical Index the Movie: Miracle of Endymion) which in turn inspired a PSP game tie-in and manga adaptation with 2 published volumes. Furthermore, the series has collaborated the Cyber Trooper Virtual-On series with a novel, a manga adaptation with 3 published volumes and a sequel PS4/Vita game.