Amaryllis in the Ice Country:Prologue 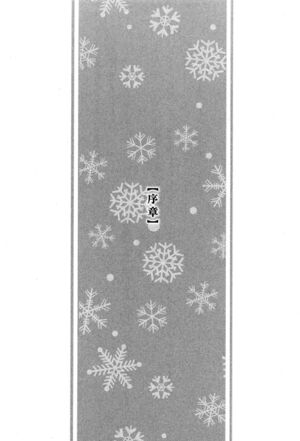 The sun shined upon the little garden in the nursery.

“Don't cry anymore, Fuu. Okay?” I did my best to appease the girl who was letting out large drops of tears.

However, no matter how much I tried to do so, she wouldn't stop.

“I'm not in the wrong.” Yuu pouted his lips to the side.

The biggest bully in the nursery just couldn't get along with Fuu for some reason.

“It's her fault for not kicking the ball to me anyway!”

“But Fuu's the one who started playing with the ball first. Why did you snatch it away?”

The sky-blue ball rolled at my feet, swaying leisurely in the breeze.

—I really do love kids, but I'm really at my wit's end in this situation.

Just when I was at a loss as to what to do,

The ball floated gently, and the man who picked it up showed his usual genial smile.

“Good work there,” the principal consoled me as he smiled, the wrinkles on his face further emphasized as he patted on the heads of Yuu and Fuu.

“You want to play with this ball?” He asked tenderly, and Fuu nodded.

“You want to play with this ball?” Yuu was faced with the same question, and his head remained tilted aside as he nodded.

The principal nodded, and let the ball swirl rapidly on his fingertips. The sky blue ball rumbled as it spun on his index finger; Yuu and Fuu widened their eyes as they saw this.

“Since both of you want this ball—”

Principal beamed and did a barehanded chopping action.

To this day, I can still recall the scenes of that day.

A blue, blue sky, a warm sun, a dazzling golden nursery, the impish face showed by the Principal, and kids showing sparkling eyes.

Time passed, the Principal passed away, Yuu, Fuu and the other kids became adults. They advanced in age and finally died off.

In this world, I am the only one who knew about all these. These memories will never fade away.

At the final moment, before my consciousness was cut off, I suddenly wondered.

Is my 'Halving' considered a success?