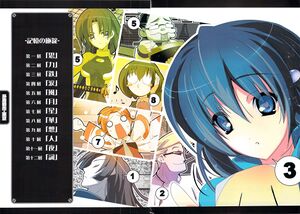 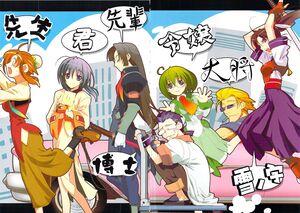 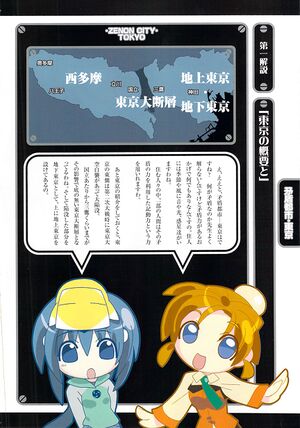 U-um, it’s time for teacher’s lesson on Zenon City Tokyo. I’m not really sure what a paradox is, but the power of paradoxes makes pretty much anything possible here. The seasons, winds, sounds, lights, and planets are all residents here.

Some of the residents can use that power of paradoxes with a power known as Mobilized Writing.

And to introduce Tokyo, the eastern end of Tokyo collapsed due to the Great Tokyo Blank Attack during World War Two.

The area from about Kunitachi to Mitaka was affected and became the bottomless Great Tokyo Fault. The collapsed portion became Underground Tokyo and Surface Tokyo was built on top. 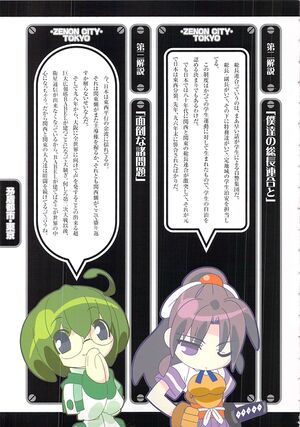 Simply put, the Chancellor’s Officers are a student vigilante group.

The Chancellor and Vice Chancellor are at the top, the various Special Duty Officers work under them, and they’re tasked with preserving order among the students in a set region.

This system was created in response to a student movement and it was decided the students would be allowed to govern themselves.

But in the ’80s, the Chancellor’s Officers of Kansai and Kantou clashed and Japan was split between the east and west. The east and west were only just joined back together in ’96.

Japan is still reeling from the side effects of the east and west rejoining.

That’s because it isn’t known if Kantou will take the leading role again or if Kansai will make a comeback.

And starting in ’98, there’s been a huge commotion over the construction of Babel, a gigantic broadcast tower that can send your voice to the entire world. Since satellite communications have been impossible since World War Two, wherever Babel is built will become the center of the world. That’s why the adults of Kansai and Kantou have been secretly fighting over it. 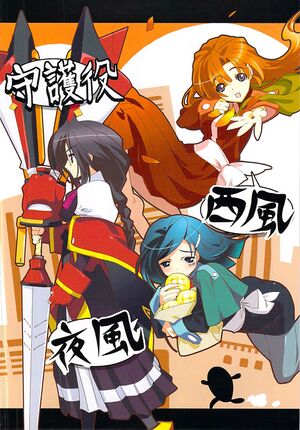