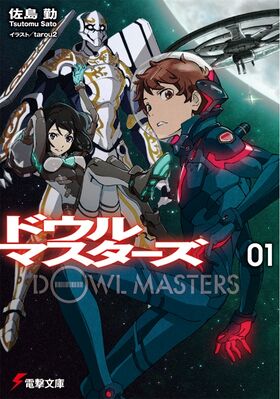 This novel series takes place in the year 2400, where the world is controlled by the "Solar System Alliance." The reason the Alliance was able to take control is because they wield mobile weapons. Those humanoid weapons use "Cyclonics" electric chips that convert the superpowers and wisdom bequeathed to mankind into interference power. These humanoid weapons which amplify their pilot's psychic powers are called "Titanic Dowls," or just "Dowls" for short. Dowls do not lose to other weapons, and are part of the Solar System Alliance's unit, "Sophia," who keep the world under the Alliance's thumb.

However, this will soon change when two Dowl Masters—Aoi Saotome and Reine Ward Takajo—have a fateful meeting at a high school in an aerial city. (ANN)