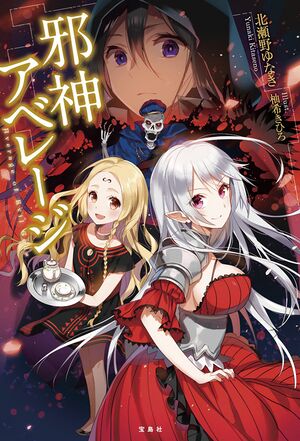 When she stands, she’s like a white peony. When she sits, she’s like a tree peony. When she walks, she’s like a lily flower. And when you look her in the eyes, she’s like the Great King of Terror. Despite having the qualities to be a peerless bishoujo, because of the look of her eyes and that atmosphere of hers, she’s feared by others; such a girl is forcefully sent to another world. Being told that she would be granted a wish as a special favour, the girl made a wish────

This is a story recounting the lifestyle in a parallel world of a girl who would be perfect (probably) if just her one weakpoint was overcome.

A fantasy comedy with magic, dungeons, and a hero and demon king(candidate) who she gets tangled up with. She’s cursed though.

If you enjoyed the light novel, consider leaving us a message in the [forum].

(June 25, 2015) Have permission from [Omegaharm] from the translator Vidar, and Len Making the Translations they are working on open for baka. I see [Oniichanyamete] has given baka permission to post translations due to The New Gate page so I added that translator's chapters as well. Did not see specification as in this post.

First Half – Book of Evil[edit]

Book of Evil – Side Stories[edit]

Second Half – Book of God[edit]

Book of God – Side Stories[edit]