Hello everyone, this is Mizuki Nomura! Thank you for purchasing “When Hikaru was on Earth......Volume 2”! As foretold in the foreword, the theme for the second volume would be “Yugao”.

Though Yugao in the original story of the “Tale of Genji” was struck down with misfortune, she was a gentle and cute woman, and one cannot help but feel a fuzzy warmth in the heart.

Speaking of the Yugao mentioned in the main story, the “Gourd flower”, I still could not decide if I should change it to the “Moonflower”, for there are some who call it Yugao. Also, the appearance of the Moonflower is full of intrigue, so I guess it should be more suitable...the real Yugao however is of the gourd subspecies, and perhaps because of this, I could not help but think of terms like boiled vegetables and kimchi...(tears).

However, the Moonflower was introduced in Japan only during the Meiji Era, and there was no such flower during the Heian Era. The flower mentioned in the “Tale of Genji” must have been the Gourd flower, so looking at this, I suppose it would be better to stick to the original...the Gourd flower is white and fluffy. It is cute, and the charm of Yugao as a woman was not that of a high class noble, but rather, like someone of the middle class...

And so, after much deliberation, I chose the Gourd version instead. During the preview at the end of the first volume, I listed it as the Moonflower because that was what I planned in my draft. I do apologize for the change later on, Miss Takeoka. On a side note, the Hollyhock mentioned in the first volume should be the Twin-Leafed Hollyhock, but the leaves are too plan, so I decided to use the Hollyhock instead.

There are many mentions of plants in “When Hikaru was on the Earth......”, and it was really difficult to write. Even when checking the pictures, I often found myself wondering, “Eh? Oh my? What kind of flower is this?” Also, I often had to head to the botanical garden, observe them seriously, record where I saw these flowers, at where, and this flower and that flower.

The Koishikawa Botanical Gardens and the Shinjuku Gyeon are more suitable for strolling, but the Akatsuka Botanical Garden in Itabashi was a good place few know of. The park is not back, but there are many explanatory signboards, and there is even a teaching area in the park. No matter how many questions I had, the workers would try their best to explain. I had to climb a slope if I had to get there from the train station, and I was sweating all over when walking in the summer, but I guess it must have been very useful for slimming.

Oh yes. There are two ellipsis at the back of the title “When Hikaru is on the Earth...”. Not one, but two. This is a very——————important thing to take note of, so when writing the name of this series, please do not write with one ellipsis only, and write the title with two ellipsis.

Well...as for the reason why this is important, it is similar to how the “Book Girl” series has the double quotation marks, and the “Rabbit Love” series has the Japanese period on it...it is embarrassing to explain the reason like this, but it is because the number of strokes make it more auspicious.

I am really sorry for coming up with such a stupid reason! Actually, I was just randomly checking the number of strokes, and was horrified to find terms like destruction, suffering, quagmire, darkness, frustration.

Because of this, I learned not to check on the number of strokes in the characters without a good reason, so for the currently web-serialized “Dress~” series, I am not going to check on it no matter what. However, I still want to find some auspicious words for the characters’ names. There is a website that lists a name with the suitable strokes once I enter the last name, and that is really a blessing to me. I can also create a name, and then adjust the number of strokes.

Now then, I shall report on some things.

The series “I’m a Royal Tutor in My Sister’s Dress” is currently edited into a manga and serialized on the AIR RAID online manga website. Miss Sakurana Haru is in charge of illustrator, and is known for her very attractive artwork with cute expressions, so please check it out. The first volume of Miss Rito Tousaka’s “Book Girl and the Famished Spirit” will be released on August 22nd! Ryuuto and Hotaru are really drawn fantastically! The 4 panel comic strip added on are very cute too, so please check them out.

The sub-theme of the next volume “When Hikaru is on The Earth” is “Waka Murasaki”. How would little Murasaki, the most distinguished loli of the Heian Era, look like under Miss Takeoka’s pen? I am personally looking forward to it. And so, that is all for now! See you at the end of the year. 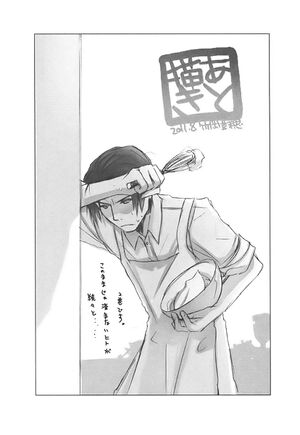 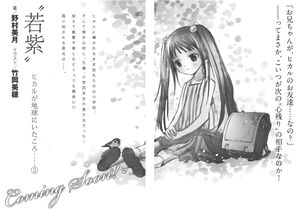