Hello, this is Mizuki Nomura.

The third volume of this 'When Hikaru was on Earth......' series is about the prominent loli of the Heian era, 'Waka Murasaki'. After re-reading the part when Hikaru Genji abducted the young Murasaki to his home in the 'Tale of Genju', I suddenly had the thought, 'eh? he actually did such a thing?' and my impression of him fell by a lot. But after they started living together, young Murasaki's clingness onto Hikaru Genji was too cute~ I can totally imagine her actions and expressions.

Shiiko here is based on young Murasaki, but there were some changes In the prelude at the end of 'Yugao', she was drawn by Miss Takeoka to be really cute the way she looks at the sparrows, so after reading this volume, you might have a different impression on her. When I first received the illustration, (...we're going to have meatball rice today!) I had this voice dubbed in my mind.

The plushie Shiiko would not let go of in this volume is a product I fell in love at first sight on a shopping website. I thought that 'the most traditional types will be teddy bears...' and so I randomly browsed through the catalogue, only to be attracted by an unknown being. After that, I went to the plushie section in the department store to check the actual thing. The Capybara plushie I saw on the internet is not very similar to a real one, but both of them are very cute and adorable.

Also, regarding Mr Kuze's love for Orchids, there was actually an exhibition at the botanic park right when I was almost done with the second draft. The timing was so coincidental it surprised me. I learned a lot of things at the exhibition, and I got a lot of references. Most of the people at the exhibition were in their advanced ages, but everyone chatted with me enthusiastically. Despite how old they may be, those who attended were in high spirits, really impressive.

Hiina's dialect since the previous volume Yūgao was checked by Mr Yū Kogusa, and Mr Zabu of the editorial branch had been helping me answer certain difficult questions like 'how does the dialect of this area goes'. Thank you very much, both of you!

Now it's time for some announcements.

GANGAN Online will begin serialization of the manga version of 'When Hikaru Was On Earth...'! The illustrator this time is Mr CHuN, and the script is by Fua Yamasaki. CHuN's works are really great, and Teacher Yamasaki's skills at distilling the text is really amazing! Please read it and be amazed by their talents! It updates on Thursdays every month!

Also, the 'I'm a Royal Tutor in my Sister's Dress' series, published on the Fami official webpage will be released in book form on February 29, while the manga version will come out on March 1st! The illustrator Sakurai has drawn cute pages, and the story arrangement and pacing are really exciting, so please do buy them when you have time. I should not be saying such things, but the manga version looks more exciting than the LN version. Ah! do support the original work if you have the chance. This is a comedy concerning an ordinary younger brother taking the role of his genius older sister as a royal tutor in another country, and it is a work I really enjoy. I hope that I can continue to write about the passionate love between the younger brother and OOOO, so I will be really pleased if everyone can support by buying. I am currently writing the short stories from the perspective of the city people so that they will be used in the LNs themselves! 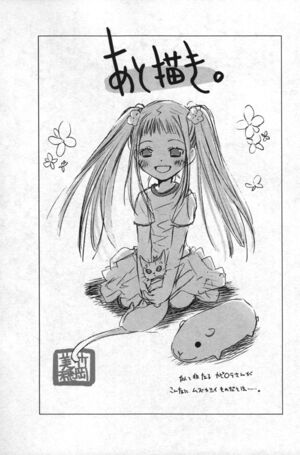 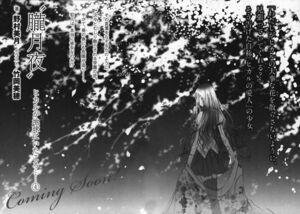