Hello there, this is Mizuki Nomura. As per the preview of the 6th volume of 'When Hikaru Was On the Earth...' , the lead this time is Asa. The original basis of this character, the Saiin priestess Asagao was paternal cousins with Lord Genji, and ever since young, she had been pursued by Lord Genji, but she was a princess who protected her independence. She could be one of his formal wives due to her noble status, but she refused as she did not want to be like Lady Rokujō. I did find it enjoyable trying to imagine her personality, whether she was a proud, dignified person, or whether she was a paranoid person.

Asai's character at first was designated to be similar to Tsuyako in personality, Koremitsu's collaborator and the second heroine. However, when I tampered with the plot, I ended up turning her into an antagonist...and her personality got steadily sharper. After that, it seems she actually went on a fruitless efforts realizing her feelings for Koremitsu.

For the 'Hikaru' series, this volume marks the latter half of it. I hope to continue the rest with everyone.

In this December, when this volume is realized, Gangan Comics will be releasing the second volume of the 'Aoi , When Hikaru was On the Earth...' comic. The cover this time is really pretty, really amazing! It's a Honoka picture! I was too concerned with the title here that I could not see Honoka, the closest girl to Koremitsu, appearing on the cover, and when I saw it personally, I was really delighted. It is only published now, but since it is because of Famitsu Bunko's HP collaborating with the retailers, I will try to flesh out Honoka more. I do have pictures of Honoka dressed in kimono and gym clothing jumping around. Miss Takeoka too is doing her best, day by day, to improve Honoka's beauty greatly.

The next volume 'Hikaru 7' is Utsusemi. When I first began planning, I felt this was a volume I had to write no matter what, and I really feel blessed that I can write till this point. This volume will show a great change within Koremitsu.

The sale will be set at Spring like usual, and before that, there is the 3rd volume of 'I am a Royal Tutor in My Sister's Dress'. I will continue to do my best while writing Seira, so please have a look at it. Let us meet in Spring then! 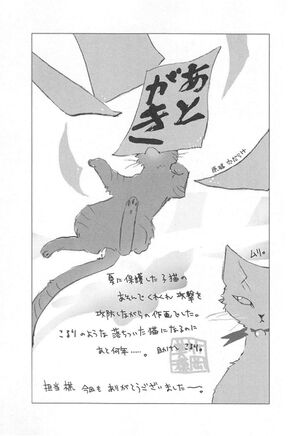 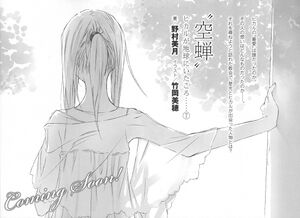