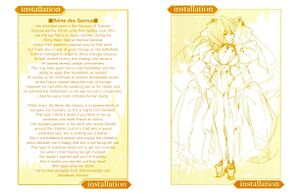 Her inherited name is the Viscount of Turenne.

Turenne led the French army from before Louis XIV’s era and led France to many victories during the Thirty Years’ War as Marshal General.

France had created a national army by that point, but it was also a time of great change on the battlefield.

Turenne managed to adapt to those changes because he had studied history and strategy and because he trained several unique commanders. This may have given him a solid foundation and the ability to apply that foundation as needed.

Of course, as he continued to achieve remarkable results, he led France toward being the ruler of Europe. However, he had difficulty speaking due to his stutter and he admired the Protestants, so he was not just a simple hero. I feel he was a more complex human being.

Mito’s mom, the Reine des Garous, is a representative of Europe’s non-humans, so she is highly non-standard.

That said, I think it works if you think of her as someone who leads France to victory.

Her standard position is the adult who enjoys herself around the children, but to a child who is aware what they lack, she is nothing but a bother.

She is a troublesome person who enjoys the children’s antics because she is happy that she is not being left out.

That type of character tends not to get too involved, but when I tried having her get involved, the reader’s reacted well and I’m thankful.

And it makes you wonder just how much Mito takes after her father. 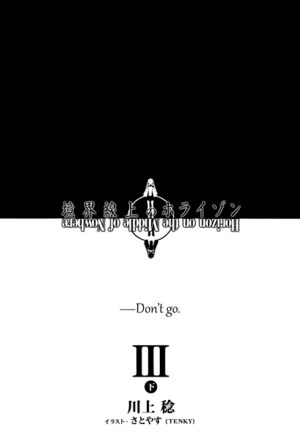 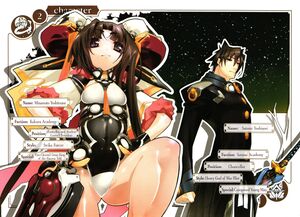 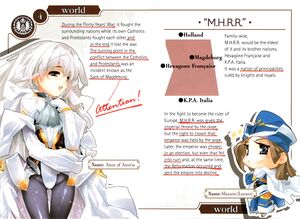 Family-wise, M.H.R.R. would be the eldest of it and its brother nations, Hexagone Française and K.P.A. Italia. It was a nation of principalities ruled by knights and royals.

In the fight to become the ruler of Europe, M.H.R.R. was given the imperial throne by the pope, but the right to crown that emperor was held by the pope.

Later, the emperor was chosen in an election, but even that fell into ruin and, at the same time, the Reformation occurred and sent the empire into decline.

During the Thirty Years’ War, it fought the surrounding nations while its own Catholics and Protestants fought each other and in the end it lost the war.

The turning point in the conflict between the Catholics and Protestants was an incident known as the Sack of Magdeburg.←Attention! 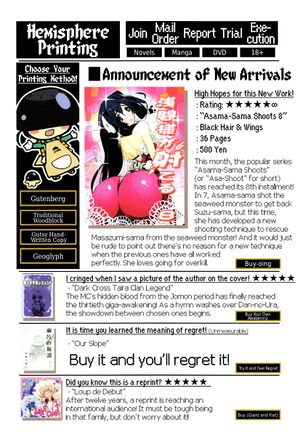 High Hopes for this New Work!

This month, the popular series “Asama-Sama Shoots” (or “Asa-Shoot” for short) has reached its 8th installment!

And it would just be rude to point out there’s no reason for a new technique when the previous ones have all worked perfectly.

She loves going for overkill.

I cringed when I saw a picture of the author on the cover! ★★★★★

The MC’s hidden blood from the Jomon period has finally reached the thirtieth giga-awakening!

As a hymn washes over Dan-no-Ura, the showdown between chosen ones begins.

Box: Buy Your Own Awakening

It is time you learned the meaning of regret! (Unmeasurable)

Buy it and you’ll regret it!

Box: Try It and Feel Regret

After twelve years, a reprint is reaching an international audience!

It must be tough being in that family, but don’t worry about it!!