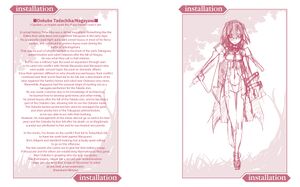 ※Spoilers, so maybe avoid this if you haven’t read it yet.

In actual history, Tadachika was a skilled magistrate (something like the Elders that came later) and supported Tokugawa in the early days.

He apparently could fight quite well, joined Ieyasu in most of his fierce battles, and continued to protect Ieyasu even during the Battle of Mikatagahara.

That may be part of why he worked as the brain of the early Tokugawa administration and ruled Odawara after the fall of Houjou.

He was what they call a chief retainer.

But he was a military type (focused on expansion through war), so he came into conflict with Honda Masanobu and Masazumi who were public servant types (focused on domestic affairs).

Since their opinions differed on who should succeed Ieyasu, their conflict continued and their secret feud led to his fall, but a descendant of his later regained the family’s honor and ruled over Odawara once more.

Meanwhile, Nagayasu had the unusual origin of starting out as a Sarugaku performer for the Takeda clan.

He was made a retainer due to his knowledge of architecture, he learned how to develop gold mines and other mines, he joined Ieyasu after the fall of the Takeda clan, and he became a part of the Ookubo clan, allowing him to use the Ookubo name.

The Ookubo faction protected him since he managed the gold and silver production of the Tokugawa administration, so he was able to act with their backing.

However, his management of the mines did not go so well in his later years and the Ookubo faction fell after his death, so an illegitimate scandal was attributed to him and he was treated very poorly.

In the novels, I’ve drawn on the conflict that led to Tadachika’s fall to have her work hard against Masazumi.

She’s diligent and obedient-looking, but actually quite willing to go on the offensive.

The two swords she carries are to give her that military image.

If Masazumi and the others are establishing themselves as they grow, then Ookubo is grasping who she is as she grows. For that reason, I made her a second year underclassman.

I hope you can keep that image of “discovery” in mind as you look at her expression. 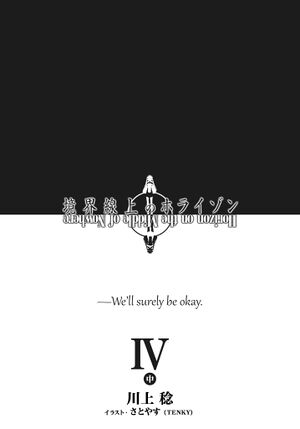 The fireworks festival season didn’t learn its lesson last year, so here it is again.

This year’s stage is the Ariake.

Thousands of spell shells will be fired and “lots” of smaller fireworks will be set off.

Yes, and there will be plenty of festival stands, so at least try to put the vodka down long enough to try some sake.

Links from our Partners

Be Friends with the Man of Love!

How About a Drink?

Sviet Rus is searching for comrades to assist with the fireworks festival.

If you can act as a shield and defend against shells, could you please do some defending!?