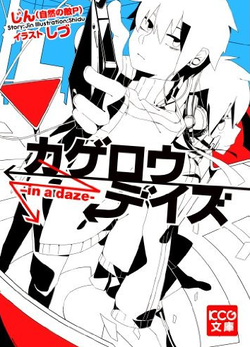 The Kagerou Project (カゲロウプロジェクト Kagerō Purojekuto, lit. "Heat Haze Project"), also known as Kagerou Daze (but commonly referred to as Kagerou Days), is a Vocaloid song series created by Jin (also known as Shizen no Teki-P). The story revolves around the Mekakushi Dan (メカクシ団, lit. "Blindfold Gang"), a group of teenagers with unusual powers, dubbed Eye Abilities.
The series became popular on the video sharing website Niconico after the release of the song Kagerou Daze (カゲロウデイズ lit. Heat Haze Days), which also gave the series its name. The song has amassed over 3 million views and is the most popular song of the project. Four light novels have been released, written by Jin and illustrated by Shidu. A fifth novel has been announced. A manga adaptation with illustrations by Satou Mahirou, began serialization in the Monthly Comic Gene on August 28, 2012.
On August 15, 2013 it was announced that an anime adaptation of Kagerou Project, called Mekaku City Actors (メカクシティアクタース?), had been greenlit. The anime will be directed by Akiyuki Shinbo at Shaft.

Yen On lists Kagerou Daze novel for a February 2015 release on the distributor site.

The Kagerou Days series is also available in the following languages:

Note: Translation progress may vary for each language.

Shintaro Kisaragi is an 18-year old hikiNEET who hasn't left his room in two years, engrossing himself with his computer and the internet. However, on August 15, due to the messing about of the cyber girl Ene, who lives inside his computer, Shintaro spills soda on his computer keyboard and is forced to buy a new one. However due to the fact that this takes place during the Obon festival, none of the stores will deliver until the 17th, forcing him to go outside. Shintaro goes to the department store, where a group of criminals break in and hold the people inside hostage for ransom. There, he comes in contact with a group of teenagers calling themselves the "Mekakushi Dan", who stop the robbery with their mysterious eye powers and force Shintaro into joining their group.


Before this occurs, Shintaro's younger sister, Momo Kisaragi, is a popular idol who has the ability to attract people's attention. This is due to the "Drawing Eyes" ability, which she cannot control and causes people to look at her wherever she goes. One day, while fleeing from a horde of fans, she meets the Mekakushi Dan leader, Tsubomi Kido, who invites Momo to join, which she does. While meeting the first four members of the Mekakushi Dan, Mary trips and gets Momo's phone wet, and they all go to the department store to buy a new phone for Momo. Kido uses her ability to keep people from staring at Momo, but while in the store, they find that Shintaro is there at the same time. The terrorists break in and take all the shoppers hostage, but Kido, Momo, Mary, and Kano are invisible and thus do not get caught. They work together to stop the heist, though Shintaro passes out, and they bring him to their hideout and induct him and Ene as members once the former awakens. They all go to the amusement park and have fun afterwards.

Translators are asked to Register the chapters they want to work on.

If you enjoyed the translation, why don't you tell us at the Feedback Thread. 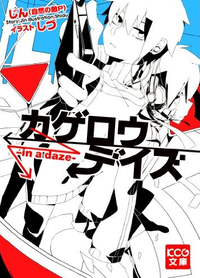 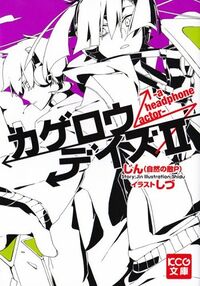 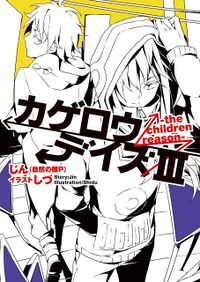 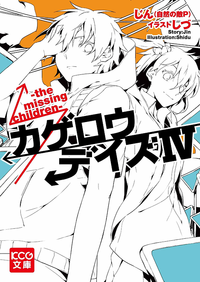 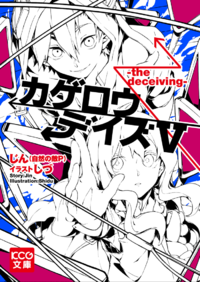