From Baka-Tsuki
Jump to navigation Jump to search
5.00 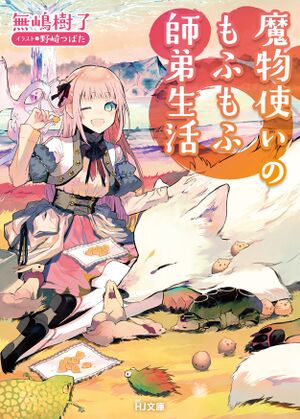 Mamonotsukai no Mofumofu Shitei Seikatsu (Monster Tamer’s Fluffy Master-Apprentice Life/魔物使いのもふもふ師弟生活) is a Japanese light novel written by Najima Tatsunori (無嶋樹了), with illustrations by Tsubata Nozaki. The first volume was published on December 29, 2016, and the series is ongoing with 2 volumes released so far.

The young ‘monster tamer’, Shinra is an ally of monsters, creatures that live off mana, aiding their interactions with humans. He lives quietly in the forest, and is suddenly entrusted with something — the beautiful girl Alessa, carrying a small dragon! He accepts her when she says she has nowhere to go, and with Ruri, the girl that lived with him already, the three (and the dragon) start to live together, and Shinra teaches the joys of the world to Alessa.