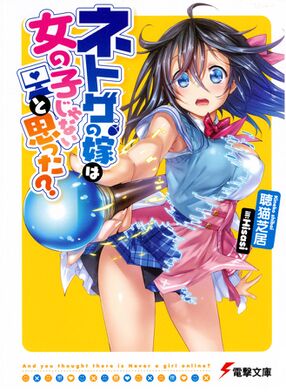 The "Netgame no Yome wa Onna no Ko ja nai to Omotta?" series by Kineko Shibai[edit]