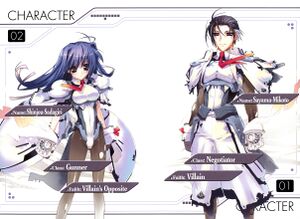 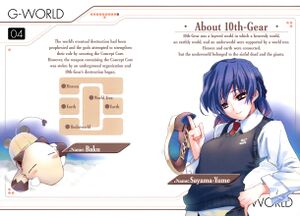 10th-Gear was a layered world in which a heavenly world, an earthly world, and an underworld were supported by a world tree.

Heaven and earth were connected, but the underworld belonged to the sinful dead and the giants.

The world’s eventual destruction had been prophesied and the gods attempted to strengthen their rule by securing the Concept Core.

However, the weapon containing the Concept Core was stolen by an underground organization and 10th-Gear’s destruction began. 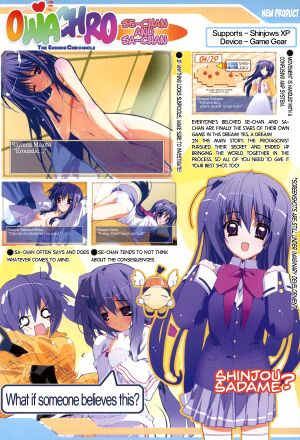 Tan box: Please select where you want to go

Right of screen: Movement is handled with a confusing map system.

Below screen: Everyone’s beloved Se-chan and Sa-chan are finally the stars of their own game in this dream! Yes, a dream! In the main story, the protagonist pursued their secret and ended up bringing the world together in the process, so all of you need to give it your best shot, too!

Right of screen: If anything looks suspicious, make sure to investigate!

Dialogue box: Shinjou Sadame/Setsu “You can do whatever you want.”

Below box: Sa-chan often says and does whatever comes to mind.

Below box: Se-chan tends to not think about the consequences.

Bottom left: What if someone believes this? 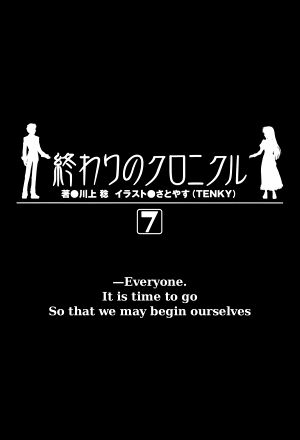 It is time to go

So that we may begin ourselves