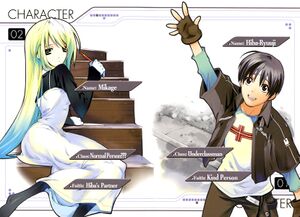 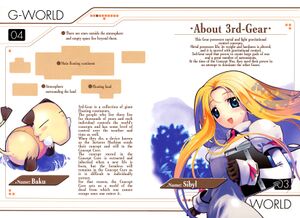 Metal possesses life, its weight and hardness is altered, and it is moved with gravitational control.

3rd-Gear used that power to create large gods of war and a great number of automatons.

At the time of the Concept War, they used their power in an attempt to dominate the other Gears.

Top: There are stars outside the atmosphere and empty space lies beyond them.

3rd-Gear is a collection of giant floating continents.

The people who live there live for thousands of years and each individual controls the world’s concepts and has some level of control over the weather and time as well.

When they die, a device known as the Tartaros Machina sends their concept and will to the Concept Core.

For that reason, the Concept Core acts as a world of the dead from which one cannot escape once one enters it. 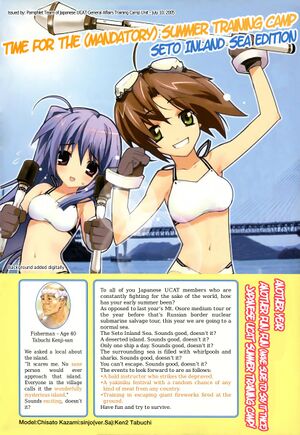 To all of you Japanese UCAT members who are constantly fighting for the sake of the world, how has your early summer been?

As opposed to last year’s Mt. Osore medium tour or the year before that’s Russian border nuclear submarine salvage tour, this year we are going to a normal sea.

Only one ship a day. Sounds good, doesn’t it?

The surrounding sea is filled with whirlpools and sharks. Sounds good, doesn’t it?

The events to look forward to are as follows:

*A bald instructor who strikes the depraved.

*A yakiniku festival with a random chance of any kind of meat from any country.

*Training in escaping giant fireworks fired at the ground.

Have fun and try to survive.

We asked a local about the island.

“It scares me. No sane person would ever approach that island. Everyone in the village calls it the wonderfully mysterious island.” 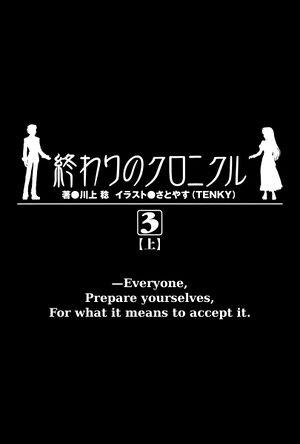 For what it means to accept it