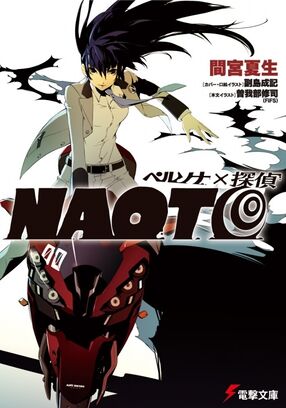 Persona x Detective Naoto (ペルソナ×探偵NAOTO, Persona x Tantei Naoto) is a spin-off novel of the video game Persona 4 written by Natsuki Mamiya and illustrated by Shuji Sogabe, the artist for the Persona 3 and Persona 4 manga. Shigenori Soejima provided additional illustrations and character designs. It features Naoto Shirogane as the main character, who at the time of this story is a 17-18 year old police detective.

Serialization: Dengeki Bunko Magazine The manga adaption of the book began serialization in Dengeki Maoh on November 27, 2012 and was drawn by Satoshi Shiki.

The Persona x Detective Naoto series is also available in the following languages:

Persona 4 spin-off set one year after the end of Persona 4, Naoto is asked to investigate the mysterious disappearances of two Yagakoro students by an old detective friend, Touko Aoi. There, she is partnered with Sousei Kurogami, a mechanical detective and a polar opposite to her in terms of personality and methodology. In their first encounter, she awakens to a new persona Amatsu Mikaboshi, which enables her to amplify Sousei's persona ability, Tsukuyomi. Together with Sousei, she discovers the Midnight Site, an anonymous site where judgment is passed on others by five judges named after figures in Japanese mythology—Uzume, Sarutahiko, Omoikane, Tajikarao, and Futotama.

However, it quickly becomes apparent that this case and another under Touko's supervision are related when one of the five judges turns up dead with ballistics pointing to a missing police officer's gun. Naoto and the others must discover the identity of the other judges to protect them and find out the culprit who seeks to kill them. 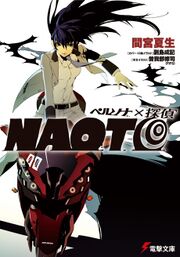