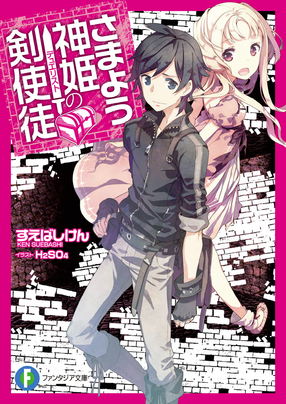 Samayou Shinki no Duelist (さまよう神姫の剣使徒) - "The Wandering Goddess' Duelist" - is a light novel series written by SUEBASHI Ken and illustrated by H2SO4. It began serialization in 2013, is published in the Fujimi Fantasia Bunko, and currently has two volumes.

The Samayou Shinki no Duelist series is also available in the following languages:

With the world falling into the void, one lone city and labyrinth are all that remains. Glorious victory in battle or death await the adventurous soul. The lifeblood, desires, fate, and miracles which await man - all lie deep within the enormous labyrinth, the Magna PortaGreat Gate.

There, the adventurer Yuuki picks up a strange young girl. "Oh, this is Solitus - my city! Come, welcome your ShinkiDivine Princess!" The self-proclaimed patron Goddess of the city, the Shinki Tina, requests Yuuki's aid in recovering her lost powers. "Money I have not, therefore take my body in trade."

Alongside the adventurer who had cast aside his destiny, the two fight to retrieve the lost power of miracles to "protect the world" in this new fantasy novel. 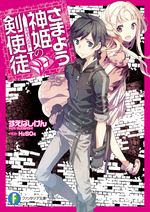 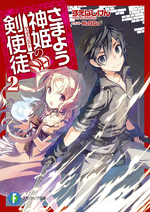