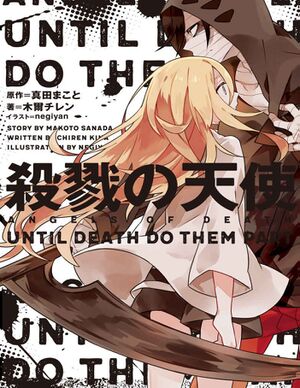 Satsuriku no Tenshi (殺戮の天使), also called Satsuten or Angels of Death in English, is a Japanese light novel series. The story is by Makoto Sanada, written by Chiren Kina, and the illustrations by Negiyan. The light novels were published by Enterbrain from 2016 to 2018.

The series is based on an RPG pixel horror game of the same name, first published in 2015. The franchise also has a manga adaptation (2016-present) serialised in Monthly Comic Gene and a 16-episode anime series by J.C. Staff (2018).

13-year old Rachel awakens to find herself trapped in the basement of an abandoned building. Without any memories, or even a clue as to where she could be, she wanders the building, lost and dizzy. In her search, she comes across a man covered in badges. He introduces himself as Zack and he wields a grim-reaper like sickle. A strange bond is struck between them, strengthened by strange, crazy promises… These two, trapped in this strange building, don’t know why fate has placed them there. But they will work together desperately to find a way out…

Translators are asked to register which chapters they are working on.

Editors who wish to help with cleaning up chapters must first notify on the forum. 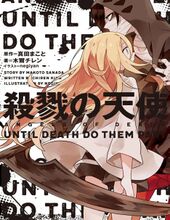 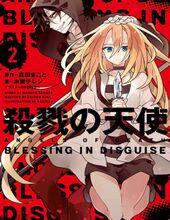 Volume 3 - Once in a Blue Moon 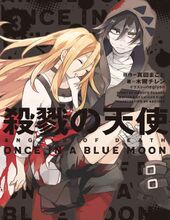