From Baka-Tsuki
Jump to navigation Jump to search
0.00 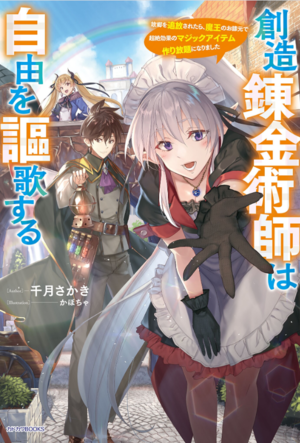 Souzou Renkinjutsushi Wa Jiyuu Wo Ouka Suru (創造錬金術師は自由を謳歌する) is a Japanese light novel series written by Sakaki Sengetsu and illustrated by kabotya. It's published by KADOKAWA BOOKS, and one volume is currently out in Japan.

An alchemist who goes "overboard" with whatever he creates does whatever he wants! This alchemist has gone too far! Keywords: craftsmanship/cute friends/natural airhead protagonist. Thor, a kind-hearted, low-ranking official is completely unrecognized at work for his alchemy abilities, and is finally forced to leave the human territory as a sacrifice to the Demon Lord. However, the unexpectedly intelligent Demon Lord recognizes his passion for making things and gives him the materials and authority he wants! In an effort to become the best alchemist, he refers to the "mail-order catalog" of the country in alternative world called Japan and starts doing alchemy, but all of the things he created are overkill cheat magic tools with functions and buffs that far exceed the knowledge of the demons......? The crafting that moves the maids, the Demon Lord, and even the country has begun! 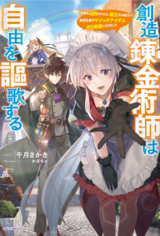