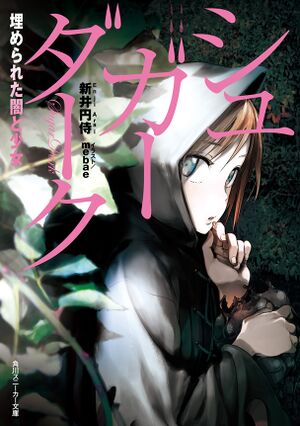 Sugar Dark: Umerareta Yami to Shōjo (シュガーダーク 埋められた闇と少女) is a light novel series of the dark fantasy genre. It is written by Enji Arai and illustrated by mebae. Dark Sugar won the 1st Sneaker Grand Prize since Haruhi.

The Sugar Dark series is also available in the following languages:

The story follows a boy named Muoru who has been falsely arrested and sent to a cemetery to perform forced labor. There, he meets a beautiful girl named Meria who calls herself the "grave keeper". Muoru becomes fascinated with Meria as he spends his days digging a hole for the undead monster named "The Dark".

If you enjoyed the teasers, why don't you tell us in the Sugar Dark Feedback Thread

This novel is hosted from Nanodesu.

All main links below are external links to NanoDesu