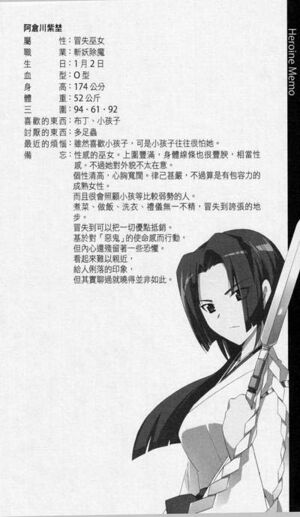 Recent troubles: I like children, but children are often scared of me.

Memo: Sexy miko. Ample at the top, and has a great figure. Rather dignified, but not mindful of her appearance at all.

Also a person who can really take care of children.

Able to do anything from cooking and washing clothes to rituals. So careless it’s almost an exaggeration.

So careless that all the good things about her could be voided.

Took action because of her sense of duty against ‘demons’,

But still had some fear inside her.

But those who talked with her would know that this isn’t the case. 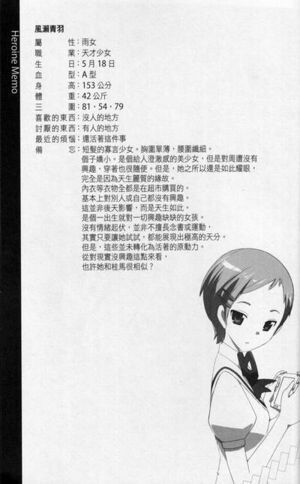 Things she likes: Places where no one is around.

Things she hates: Places where people are around.

Petite in size. A beauty who would give a refreshing feeling, but had no interest in her surroundings and is casual with her attire. However, the reason why she’s so dazzling is because she’s a born beauty.

Buys all her underwear and clothes at the supermarket.

Basically has no interest in other people or herself.

This wasn’t because of circumstances, but something natural to her.

No emotional ups and down, not really good at studying or sports.

She would be able to show off her tremendous talent if she tried.

However, these things never became her motivation.