We Don't Open Anywhere -There are no facts, only interpretations.- 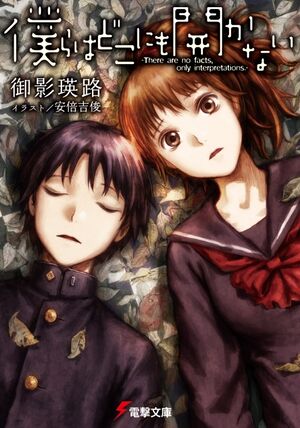 "I'll protect you with my magic."

The person who spoke those cryptic words to me was none other than our school's preeminent beauty, Miki Kouzuki. When I started going out with her, the world surrounding me suddenly began moving.

My delinquent best friend, our straight-laced class representative, not to mention me and Miki... As we all start to break, the place we arrived at was—

We Don't Open Anywhere -There are no facts, only interpretations.- by Eiji Mikage[edit]