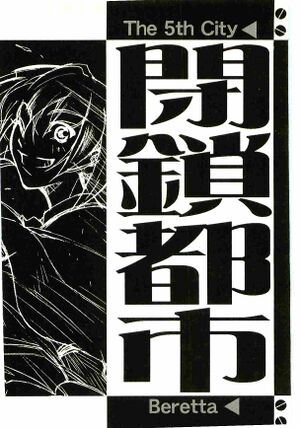 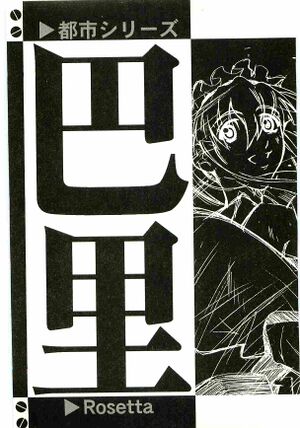 France’s World War Two is said to have repeated for 54 years.

But due to the odd correction made to the Metaphysikos in that time, only the “liberators” know of…no, believe in those 54 years of Metaphysikos.

Did that really happen or not?

Why is there almost no trace of it in the modern era?

And why did that Metaphysikos fall apart?

The documents gathered after much investigation have been released based on the unfortunate records of the two girls who were the trigger to the liberation of Paris.

The powerful individuals who are the source of much information have long gathered and competed in that land.

The power to hide information and the power to transmit information. Medieval alchemy was used to strengthen those two conflicting powers during a period of technological revolution and the alchemists of the time used England’s Aerial City as a model to create a barrier around the city.

That barrier allowed them to safely create, hide, and transmit their own information.

And with that, the Formules forming France were changed, creating…

“A world where things exist through accurate notes.”

In the centuries since, France sends out thousands of letters and countless news articles on a daily basis to continually send information and trends out into the world. The incidents, words, and human memories created within it are incorporated into its own Formules, allowing it to continually grow like a living creature.

Instead of hiding itself as England does, that city has a duty to inform the world of itself using notes. And it builds up information to evolve.

That city is known as Closed City – Paris.

Note: The following records all concern the 54 years of the Metaphysikos and the correction thereof, so some of the related documents and memories of those involved have been remade. This is a hidden history. 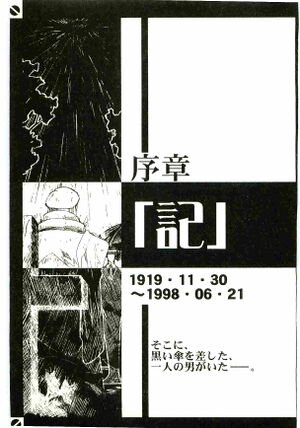 An Anecdote from Mallette Harculia[edit]

It was midday on the 24th day since the end of World War One.

A cold rain had been falling since the night before and Panzerpolis – Berlin remained wet even during the day.

The rain fell equally on all parts of the city.

On the burned urban region, on the broken factory region, and on the graveyards where people slept.

One such graveyard existed in the Tempelhof Park on the west side of Berlin’s urban region. The rain fell coldly even on that lawn lined with dark-colored gravestones.

There was a roaring as an airplane took off into the rainy sky. It was leaving the Tempelhof Airport adjacent to the park. As the airport of a losing nation, all the planes taking off and landing were foreign.

The plane was hazy in the rain, but it still passed over the graveyard and cast its shadows on it.

As the shadow raced across the lawn and trees, it also passed over something living.

A skinny middle-aged man was sitting there. He wore a German army uniform, but the right sleeve was empty. His left eye had been lost from a blade wound. But the medal on his chest was intent on being noticed as it gave off a solid metallic light.

He was a wounded soldier.

He did not react at all to the shadow passing by overhead. He simply remained down on one knee in front of a gravestone. He would occasionally touch the tree next to the gravestone (a white flowered one) in silence.

Another airplane passed by overhead.

A crow cawed in response from the forest.

The man moved, perhaps in response to the bird cry.

He removed the medal on his chest with his remaining left hand, squeezed it in his fist, and then started placing it on the branch from which the white flowers grew.

At that moment, someone spoke to him.

“We can’t have you throwing that away, Lieutenant Heinz Berge.”

The man, Heinz, said nothing in response, but he did quickly stand up. Water splashed at his feet and he turned around as if swinging his empty right sleeve around him.

His one eye turned toward where a man stood holding a black umbrella.

Heinz asked a question when he saw the man’s face.

“…Is this a condolence call? I’m fairly certain I have no more family left.”

“This is no condolence call, Lieutenant.”

“I am here to take you with me. You should have received a letter last night… I am with the Geheimnis Agency.”

Heinz briefly forgot to put on a facial expression when he heard that.

After just a few seconds, the scar over his left eye bent. An inappropriate smile formed on his lips and his right eye looked to his right sleeve.

His smiling lips spoke as they drank the rain.

“The Geheimnis Agency, huh? …That agency seeks a country which does not rely on the wisdom of god or the technology of the past, so what do you hope to accomplish by giving a Panzer to a crippled Panzer Kavalier? Not to mention that our entire country’s military is going to be shrunk soon. I doubt you can even prepare me a new Panzer.”

“Not to worry. The Geheimnis Agency holds a position higher than the occupying army.”

“Oh?” Heinz nodded once as if hanging his head and then said more. “I heard 70% of your ranks were consumed by an attack from the British army during the Great War.”

“But 100% of the enemy was consigned to the abyss. …Our technology is 50 years ahead of theirs.”

“And what do you want me to do with that technology?”

“As stated in our letter, you will be given the title of the strongest.”

Heinz looked up into the sky when he heard that.

A poem escaped his lips.

That which is filled with the blue sky.

That which is covered by the red dirt.

I name thee heaven and earth.

Where the wind howls bravely.

Where the sand dances gently.

I view thee as heaven and earth.

So that no one would grieve again.

That which is endless and cannot be grasped.

That which is vast and cannot be held.

I am with thee.

Hearing that poem, the man in black spoke quietly.

And he said more.

“But the blue sky, the red dirt, the wind, and the sand cannot be found here.”

He tilted his head slightly, looked to the gravestone, and asked a question.

“About the letter last night… If I take part in this Panzer Ritter Project of yours, you really will erase my emotions when you give me a fully artificial body, right? To ensure I make accurate decisions.”

“Yes, you will lose all memories unrelated to combat.”

Heinz looked away from the gravestone and began to walk.

The rain picked up as he did so.

After a few steps, he passed by the man in black, so that man quickly followed.

“Are you accepting our offer?”

Heinz did not nod. He simply faced forward in the rain.

The rain grew ever stronger.

And then his voice entered that rain.

“I no longer need the blue sky, the red dirt, the wind, the sand…”

Everything was closed off by the Rondeau.

Paris is best known as a textual world that exists through journal entries, but it has another trait as well.

As I am sure you know, the entirety of France is still repeating a year from World War Two.

It happened near the end of World War Two. Specifically, 5:32:18 of August 6, 1944 when Allied Forces fought to liberate Paris. The German Wort Bombe taken to Paris was detonated. Even the Formules of space-time were altered by the explosion and France was closed away. So every year, the Primitif takes affect at that time and everything is reverted to their state from one year before.

Starting in ’63, Detroit’s Formule analysis technology has made it possible to enter that closed space, but the inside has been fully repeating the time from August of ’43 to August of ’44.

Yes, just like finishing a book and re-reading it from the beginning.

The people caught in Paris’s Primitif are unaware they are repeating the same year over and over, so they have tried to do the exact same things 54 times now. You, the exchange student, will enter that era as “something extra”. You will be unable to leave until you are “expelled” by the detonation of the Wort Bombe in a year’s time. And as the city itself has an immune system, you can only enter once in your lifetime. If you die inside, your very existence will be wholly annihilated by the Primitif.

Each year, France’s immune system grows stronger, so what we can send inside is only growing more limited. If we can no longer send anything inside, Paris will become a truly shy city that no one can enter.

But that is an unavoidable fate.

France is connected to ’44, so if it is liberated, it will recover back in ’44 rather than here in ’98. If that happens, this world which has evolved as a “France-less world” ever since ’44 will be erased as a 54 year paradox.

Thus, we cannot liberate France and we must create a backup.

This is a global problem.

And no matter how much that era is altered, it is reset a year later by the Primitif. But you will not lose what you gained there. Do not forget that.