Sekai Project has released the Clannad visual novel in English.

The Visual Novel Clannad is also available in the following languages (Note: Translation progress varies for each version): 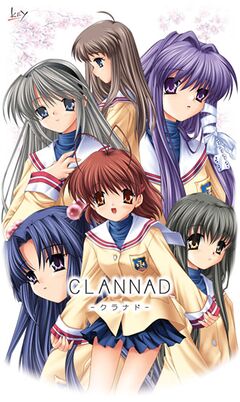 Clannad is an all-ages visual novel adventure developed by Key/VisualArts, released in 2004. More information is available at the Wikipedia article.

This project is a second-generation resurrection of the translation project effort that started in 2005. The Clannad translation effort was originally started by Soulfang, then resurrected as an open collaboration by velocity7 in 2007, and finally re-resurrected for polishing by Polarem in 2011. If any groups are interested in using the script files for their own CLANNAD translation project, such as a foreign language, please contact the Project Administrator. Also, please be advised that, until this project is complete, we cannot guarantee the accuracy or cleanliness of the translation, and therefore advise that you hold off on such requests until that happens.

Where to Purchase CLANNAD

Although this is not an indication that the patch is in any way, shape, or form, near completion or readiness to release to the public, you may find this information useful.

JBox and PaletWeb are two (but not the only) online stores that ship overseas from Japan. You might have some luck on eBay too.

This project was brought to you by the Drama Club/Dango Daikazoku （演劇部／だんご大家族）. The staff involved were: