Kanojo ga Flag wo Oraretara (If Her Flag Breaks)

From Baka-Tsuki
Jump to navigation Jump to search
5.00 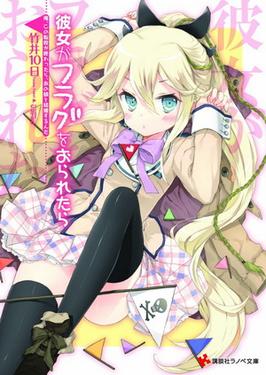 If Her Flag Breaks (彼女がフラグをおられたら, Kanojo ga Flag wo Oraretara, or Gaworare for short) is a light novel series written by Touka Takei and illustrated by Cuteg. Kodansha published 16 volumes from December 2011 to September 2016. A manga and two spin-offs were serialized in Kodansha's magazines. An anime adaptation aired from April to June 2014, covering the first 6-ish volumes with significant alterations to the ending.

Souta Hatate, a new transfer student to the Hatagaya School, has the ability to see the futures of those around him in the form of flags. He is able to affect those flags based on his interactions with the person in question. He ends up living in a small dorm with many beautiful girls. When he finds a flag of death on himself, Souta learns that in order to be able to change his fate, he has to find and bring together four people: a princess knight, a magician, a cleric, and a shinobi. (Taken from Wikipedia)

Use the project talk page or Person72635's talk page

Volume 1: After I Transfer This Time, I Will Go Back and Marry This Girl[edit] 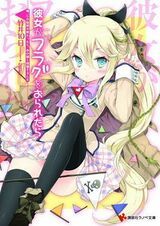