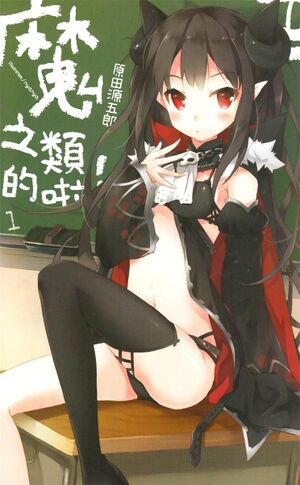 Maou-ppoi no (Devil king-like) is a Japanese light novel series written by Harada gengorō and illustrated by nyanya. Published by Shogakukan under their Gagaga Bunko label, the series currently has four volumes.

Went back to the classroom to take the H-Game I forgot to bring back home but meeting a Devil King instead!? Also got set as the Hero, from then on was going to have a hot blooded adventure! Yet strangely spent the days lazily. The confused Devil King and H-game addicted juvenile Hero. The series of the aimless comedy begins now!

Discuss this series: in the forum