Ore to Kanojo no Moeyo Pen 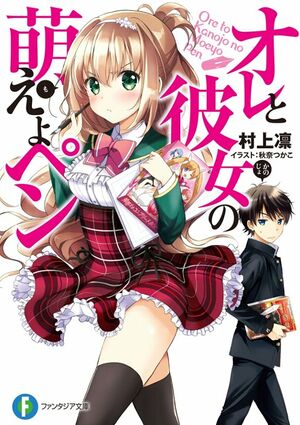 In order to polish up my technique to achieve my aim of getting a professional debut as a hot-blooded battle manga artist, I, Kimijima Sen, became the assistant of the pro manga artist Ikigoma Agito-sensei but......... she is a high school girl drawing a Moe manga that has completely nothing to do with the manga I'm shooting for!?

On top of that, she really loves eroge and has an extreme fetish with beautiful girls and big breasts. Not understanding 'Moe', under her direction, I started playing eroge to learn about it. Furthermore, despite being demanding on guys to the point of getting easily annoyed, she's ok with exposing herself in her underwear......

Jeez, what the heck is with her!!

And the two of us have to work together to get a manga serialized,

"You're kidding me right?"

All translators are required to register their interest on the Registration page.