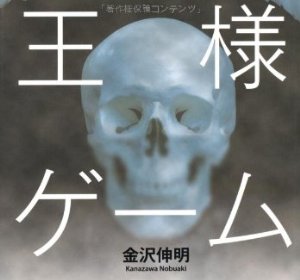 Ousama Game (王様ゲーム) or King's Game is a Japanese cell phone novel written by Nobuaki Kanazawa. The manga is drawn by RENDA Hitori. There is also a movie for the series which was released on December 17, 2011. Genres: Horror, Romance?, and School Life.

Body: This is the King's Game in which everyone must participate. The King's command is absolute and must be completed within 24 hours. ※ You can not withdraw from the game. ＊Command 1: You must read this story.

The Ousama Game series is also available in the following languages:

The "King" has given his order, and his word is law! Kanazawa Nobuaki and his 31 classmates all receive a command in the form of a text from the King; failure to carry out the order results in death. It's a battle, not against the king but against themselves... Whom can they trust? Who will do anything to live?