Remembrances for a certain pilot 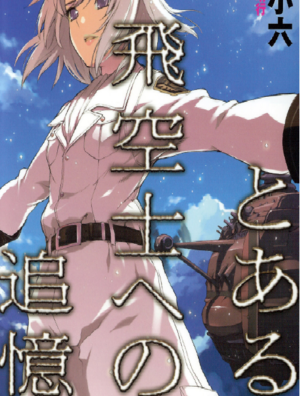 The Remembrances for a Certain Pilot series is also available in the following languages:

Remembrances for a Certain Pilot / To Aru Hikūshi e no Tsuioku (とある飛空士への追憶) is a light novel series written by Inumura Koroku and illustrated by Morisawa Haruyuki. An animated movie was released in Japanese cinemas on 1 October 2011. The popular title in english is "The Princess and The Pilot"

The story revolves around Charles Karino, a Revaamu Empire mercenary aerial pilot who mans the twin-seater reconnaissance seaplane Santa Cruz. One day, he receives a preposterous assignment: to fly solo over 12,000 kilometers of enemy waters to protect a girl named Fana del Moral. Fana happens to be the next in line to the empire's throne and a girl possessing beauty "equal to 5,000 beams of light." (from MangaUpdates)