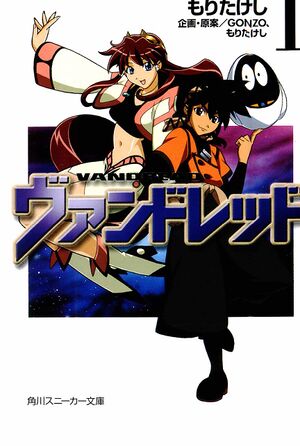 “Rather than for me to just end it all like this, I’ll decide for myself how I want to live by any means!”

Third class citizen Hibiki from the male-only planet of Taraak sneaks aboard the extra large battleship Ikazuchi as a result of unusual circumstances. However, it comes under attack from the Magno’s Family pirates from the female-only planet of Majere! It is Hibiki’s first encounter with those who are said to ‘eat men’s innards’ but——. The current much talked about work from the most attention grabbing production company GONZO. The greatest Sci-Fi anime, now here in novel form. (It is fully loaded with beautiful women as well♥)