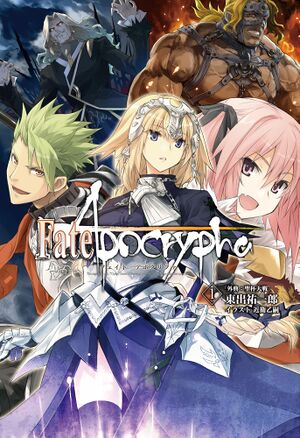 Fate/Apocrypha (フェイト/アポクリファ, Feito/Apokurifa) is a light novel series written by Higashide Yuichiro. The illustrations are done by Konoe Ototsugu. The series is complete with 5 volumes.

The Fate/Apocrypha series is available in the following languages:

The story is set in a parallel world to original Fate/stay night where the Grail was removed from Fuyuki City after the Third War and thus events of Fate/stay night and Fate/Zero never happened. It focuses on the conflict between the two opposing factions. Red and Black, each summoning seven Servants, and the Grail itself summoning a special Ruler-class servant as a mediator of the Holy Grail War. The Red faction members were sent by the Clock Tower Mage's Association, while the Black faction members are part of a Romanian group called Yggdmillennia.

Since there isn't any new chapter for now, I can't say 'Those who wish to contribute are asked to first notify a supervisor beforehand via the forum.' 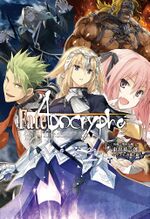 Volume 2: Round Dance of Black / Festival of Red (PDF/ePub from Nanodesu) 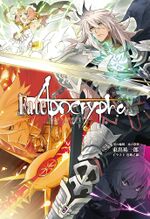 Volume 3: Triumphal Return of the Saint 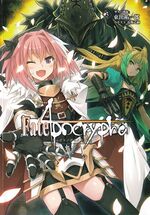 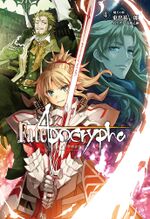 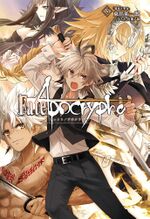 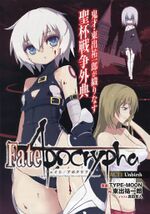