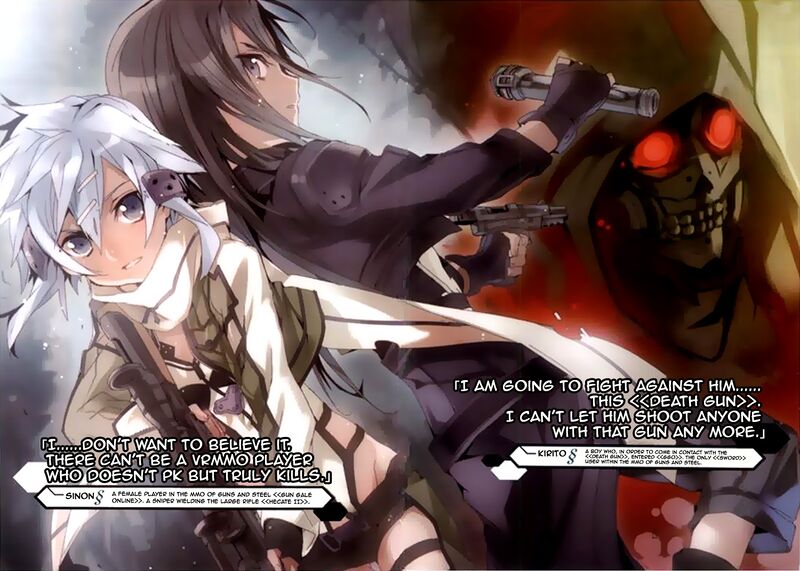 Sinon : A female player in the MMO of guns and steel <<Gun Gale Online>>. A sniper wielding the large rifle <<Hecate II>>

Kirito: A boy who, in order to come in contact with the <<Death Gun>>, entered <<GGO>>. The only <<Sword>> user within the MMO of guns and steel.

Click on a date/time to view the file as it appeared at that time.

The following 9 pages link to this file:

This file contains additional information, probably added from the digital camera or scanner used to create or digitize it. If the file has been modified from its original state, some details may not fully reflect the modified file.
Retrieved from "https://www.baka-tsuki.org/project/index.php?title=File:Sword_Art_Online_Vol_06_-002-003.jpg&oldid=177938"