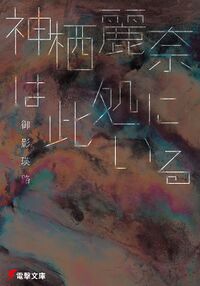 The Kamisu Reina series is also available in the following languages:

Reina Kamisu is a friend of loners, a slayer of families, a savior of worlds, and a killer of lovers—and she is absurdly beautiful. Who is she and what are her intentions? The search for her true identity begins with Fumi Saito, a lonely girl student whose only friend and support in life is Reina, as she is accused of things she did not do... This is a story of delusions, despair and destructive beauty.