Sekai no Owari no Encore 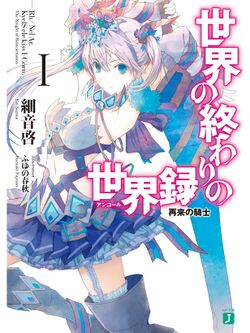 Sekai no Owari no Encore (世界の終わりの世界録), is a light novel series written by Kei Sazane and illustrated by Haruaki Fuyuno. The series has had a manga adaptation announced.

The valuable treasure, the “Encore” which was left by the legendary Eleline the Brave Hero, has the recording of the end of the world and the reincarnation of the world. The countries and parties all over the world are searching for the location of its whereabouts; the age to fight for the Encore. The boy called Ren who wants to become a MASTERKnight has no talent in wielding swords despite looking exactly like Eleline the Brave Hero, he has been having a lifestyle where people taunts him as the “Fake Brave Hero”. The one that appears in front of him is the legendary Dragon Princess Kyelse, who had woken up from her seal. She mistook Ren for Eleline. Though she gets disappointed since he simply looked like him, she later finds out a hidden potential in him. And she invites him to the journey to find the Encore together with the Archangel Fear and the Demon Lord Elise that saved the world before. “Do you want to come with me?”. —This is the prelude of wild excitement played by the heroes. The boy known as the fake Brave Hero cross paths with the legend now! 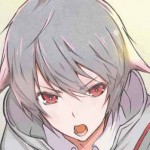 A boy who simply looked identical to Eleline the Brave Hero. He had been living a lifestyle in which he was taunted by being called the “Fake Brave Hero”. 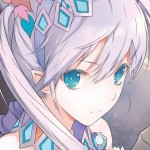 The legendary Dragon Princess who saved the world together with Eleline. She woke up from 300 years of being sealed and meets Ren. 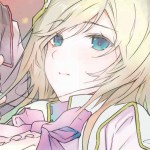 She was Eleline’s former comrade who was an Archangel and was said to be the strongest in Heaven. She had been observing Ren while attending the academy. 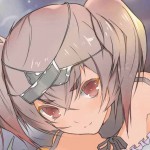 The previous Demon King who saved the world together with Eleline the Brave Hero. She reincarnated and now has the appearance of a ten year old girl.

The series is not currently seeking any translators. Editing of typos and grammar is welcome.

The series is not currently seeking any translators (this may change in future). You can still view contribution credits and possible progress through the registration page.

All edited translations are to be in British English.

You can share your thought on the series in the forum.

Older updates can be found on the Archive.

The Sekai no Owari no Encore series by Sazane Kei 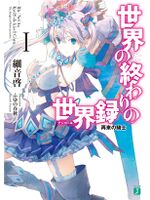 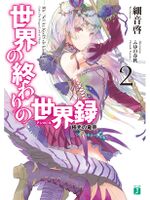 Volume 3 — Resflaze, the Goddess of Seraphim

Volume 4 — Zelblight, the Overlord of Maverick