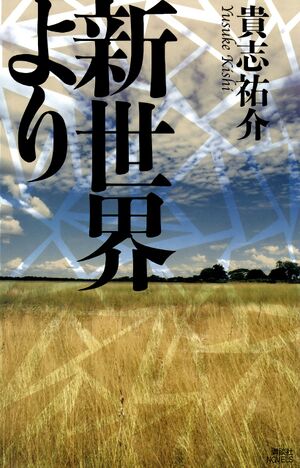 新世界より (ShinSekai Yori) "From the New World" is a story by Yusuke Kishi consisting of 6 main parts. It has been printed both as a single enormous novel containing all 6 parts and as a set of 3, containing 2 parts each. It was first published by Kodansha in 2008.

The ShinSekai Yori series is also available in the following languages:

Direct translation from the back of the book:

"In the Japan of a 1000 years from now. A humanity that has acquired the telekinetic power called 'Jyuryoku', while terrified of the legendary abominations called 'A’ki' (Fiends) and 'Gouma' (Karmic Demons), has built a peaceful society. However, a group of children previously under the school’s strict control, as a result of violating a certain rule, have suddenly descended into a nightmare! The false peace crumbles away, as a fantastic archive tells them the truth of humanity’s bloodstained history!?"

If you enjoyed the translation, why don't you tell us in the Feedback thread

I've learned that at least one other person is working on a fan translation independent of this one. His/Her progress can be found here. He/She has completed almost all of Part 1 as of this post(April 2013) and seems dedicated to continuing. Given how well the Anime follows the novels, I see no reason for both of us to overlap completely by translating in the same order. As such, I'll be continuing from Part 3 Chapter 3 to the end before looping back to overlap what others have already translated of the start.

Part 6: Beacon-Fire Burning in the Dark

- As far as I know, I(Dusanh) am currently the only person working on this project in any capacity. I'd be happy if anyone else wanted to help out though.