Difference between revisions of "HEAVY OBJECT" 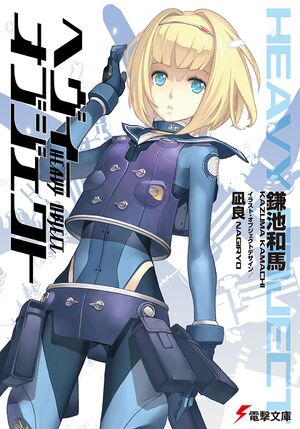 The cover art of volume 1

"HEAVY OBJECT" (ヘヴィーオブジェクト) is a science fiction series by Kazuma Kamachi (鎌池 和馬) and illustrated by Ryou Nagi(凪良) published under the Dengeki light novel label. Currently twelve volumes have been published. There is also a manga adaptation previously serialized in the monthly magazine of Dengeki Maou. 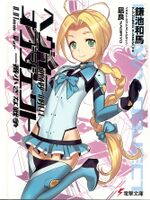 Heavy Object EX: The Three Sisters who Pull In a God of War (Full Text - ePUB)

Kamijou-san, Two Idiots, Jinnai Shinobu, Gray Pig, and Freedom Award 903, Listen Up! …Fall Asleep and You Die, But Not From the Cold☆