This title was licensed by J-Novel Club on April 20th 2019.
Side stories remain, since it's unknown if they're included in the license. 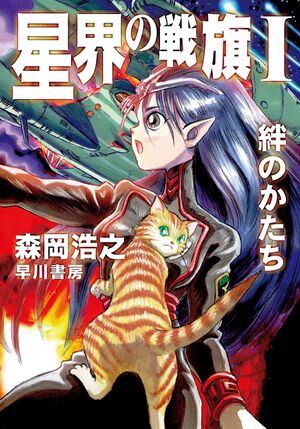 Three years have passed since the events of Crest of the Stars. The once Four Nations Alliance has become a Triple Alliance, with one being neutral. The war in the galaxy had come to a stalemate in these years. Now the opponents have rebuild enough and the galactic war is about to begin anew.

In the midst of all of this, Lafiel had become captain on the brand new assault ship Basroil and Jinto had joined her after finishing his training to become a supply officer. The Abh Empire makes a daring attack by cutting the United Mankind, one of the enemy nations, into pieces. The Basroil joins a fleet with the mission of protecting the strategic Aptic Gate from a force 15 times larger than their own.

After the successful strike, the Abh Empire begins to conquer the surrounding areas and retake territories previously lost in the initial attack by the United Mankind. Lafiel had been assigned as temporary territorial governor of Lobnas II, a prison planet.

In the midst of an evacuation a revolt breaks out trapping Jinto. With an enemy fleet approaching, Lafiel is forced to abandon Jinto.

After being rescued by Lafiel, both make a short visit to Jinto's recaptured home which was on the verge of revolting.

Returned from their extended leave, Lafiel becomes captain of the Flicaubh, a new type of ship class.

Another three years have passed. The Abh Empire cuts the United Mankind again, but this time also cuts it off from all its allies.

In this situation the neutral Hania Federation makes an unexpected offer to join the Abh Empire. After careful considerations, the Empress Ramaj decides to take the offer, and gamble with the very existence of the Abh Empire.

The Four Nations Alliance immediately sprung the trap. Empress Ramaj scrambled for the defense while initiating the evacuation of the capital. She together with ex-Emperors, the Imperial Guards and defense forces held the line to the last man. Lafiel barely escaped with her life while protecting the dearest memory of her people. Like many she lost her home, and nearly all of her family Lafiel has to face her new duty a the crown princess of the Empire. An Empire that is shattered and still left (7 or 6) pieces.

The Seikai no Senki series by Morioka Hiroyuki

Short Story Novel I - 星界の断章 I 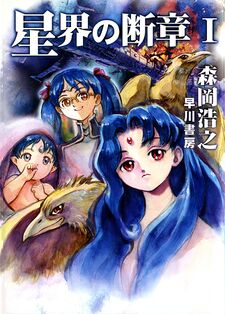 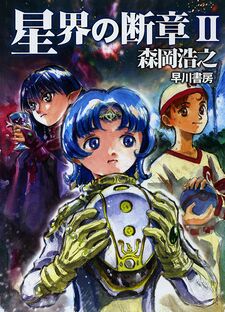 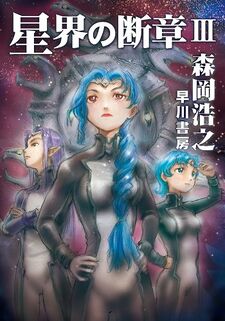 Crest of the Stars 1 TBA