The detention barracks were located at one corner of the 37th Mobile Maintenance Battalion’s maintenance base zone.

It was mainly used to detain soldiers who had broken military regulations on the battlefield, but it currently contained a guest who did not belong to the Legitimacy Kingdom military.

The girl wore a lab coat over short-sleeved gym clothes.

It was Louisiana Honeysuckle.

“Oh?” She opened her mouth in great interest when she saw who had walked in. “You have a familiar scent to you. Are you from the Capitalist Corporations?”

“I used to be,” replied the old maintenance lady. “Our commander decided you would be more willing to talk to someone who knew your ways. And fair warning: if you don’t talk here, you’ll be strapped into a chair and injected with who-knows-what drugs.”

That was quite the threat, but Louisiana did not care at all.

She asked about something else entirely.

“Really? I’ve never actually been, but I always wanted to.”

This must have drawn the genius’s interest because she leaned forward behind the bars. And the clothing she had chosen to wear while living in space had indeed been Island Nation gym clothes.

So her interest wasn’t with me personally, thought the old lady with a slight frown.

“The scattered wreckage of the World’s End needs to be recovered before people begin fighting over all those scraps of cutting-edge tech. However, this is a harsh desert and who knows how many people we would lose by thoughtlessly walking around collecting it all. So the 37th has decided to hire the local people who know the land and to pay them a fair wage. They should be able to purchase as many 15-dollar vaccines as they could want. The elevator might be gone, but the children will not go back to living in fear of a single mosquito bite. So you can rest easy about that.”

She had failed and lost everything, but the look on her face said she was relieved to have at least kept that one promise with her old friend.

The old maintenance lady stared into the girl’s eyes.

“The elevator will be demolished in time. Starting with the ground base.”

“It is fairly useless with the wire snapped.”

Louisiana placed her hands behind her head and acted like she did not even care.

But she was not talking about the elevator’s ability to transport cargo. She had built Mother Lady for a different purpose.

She then stared into the old maintenance lady’s eyes through the bars.

“I could explain my reasons to you, but your preconceived notions would get in the way. Your belief that it could never happen would cloud your vision and you would instead work to prevent the necessary actions. You are not a bad person, but you lack the mindset needed to accept the accurate information if I gave it to you.”

Louisiana was smart enough to know what would happen if she upset the people holding her captive. The way she had brought so many companies and individuals to her side to get the elevator built was proof enough of that.

But she said it anyway.

“Especially because your position in life is protected by the development and use of Objects.”

“What will you do now? You could defect here like I did.”

“Well, I highly doubt I could return to the Capitalist Corporations after this. And I would like to provide a few pieces of advice for that cute little god of destruction.” Louisiana laughed and then continued in a relaxed way. “But that choice might be fairly meaningless as far as my survival is concerned.”

“I’ve been thinking about Silk S.”

She knew the old lady would not know what that meant, but she did not bother explaining.

She sounded more like she was organizing her thoughts by speaking them aloud.

“That villainess decided to abandon the 7th Core CEO and she used my plan as a stepping stone to search out her next target. But who is that target? Think about it enough and the answer becomes clear. The true enemy that is devouring this world is not influenced by the silly little national borders we draw on our maps.”

The old maintenance lady’s native Island Nation had used a capital punishment system, so there had been no end to rumors saying that the violent criminals on death row would grow wise beyond their years as if they had achieved enlightenment while waiting for that moment to arrive.

This girl was strong now that she had accepted death. But she contradictorily also carried an ephemeral air to her.

“If there is anything you want to know, I would ask it sooner rather than later.” She winked and carried a tone of resignation in her voice. “Not even I know how long I have left to live.”

“Oh ho ho. My broadcast of love is now beaming down at you all from satellite orbit. Tonight I gift the entire world with these sexy G-cups in the Information Alliance’s Special New Year’s Space Concert! Are you readyyyy!?”

A cheerful voice filled the air.

Some dumbass must have inserted a 1seg tuner into a military computer. A model designed to handle digital broadcasts would have ports open for sending and receiving, so this would introduce a risk of leaked information.

The battle over the Mother Lady space elevator in Africa’s Turkana District had come to an end.

The wreckage of the Capitalist Corporations’ World’s End had been strewn across an area of 500 square kilometers, so another battle might break out over that. But for now, the threat to the world had supposedly been avoided.

And yet Quenser Barbotage still felt a lingering concern in his chest.

Had he really protected the world?

What if the world was actually on the precipice and his actions had given it the final shove needed to send it over the edge???

“Quenser,” said the Princess. “Are you okay? I know you had a medic check you over, but still.”

“Yeah, that was more energy than a nuclear explosion. Looking back, we might very well have been in the lethal range even if it did detonate at 15km up.”

He could only chalk his survival up to luck. The exact shape of the damage to the wire had caused the explosion to spread out horizontally like a wide lens instead of in a perfect sphere. Otherwise, they would all have been crushed.

The Princess seemed to notice something and tilted her head.

He smiled a little and shut down that line of questioning.

What if everything Louisiana had said was true? That would mean the Objects were bringing the world ever closer to destruction and something had to be done to prevent the earth’s axis from shifting further and further until it finally altered the environment enough to bring about an age of winter where food was scarce. 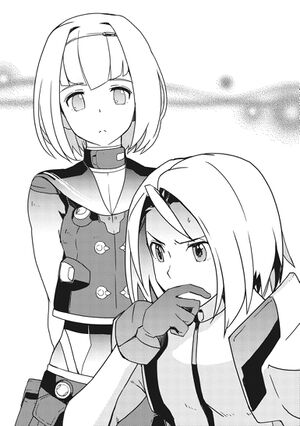 But even if that was true, could he abandon Objects?

Becoming an Object designer was one of the very few ways for a commoner like him to outdo the nobles. Could he really abandon that himself? This was not some tear-jerking story – it was his own life plan. Doing it might save the world, but wouldn’t that doom him personally to a dreary life where he never did break free of that class system until the day he died?

Quenser Barbotage turned to look at the Princess who was giving him a curious look.

She was an Object’s Pilot Elite.

In a way, she had benefited from this “clean world” more than anyone.

What would he do?

This funeral will keep me away from the office for the time being. It has been kept from the general public, but one of the 7th Core CEOs died of a heart attack. Wendigo Vehicles’s CEO. Rumor has it he died of shock after seeing his entire office building was completely empty. This is why you should always leave some money on hand. I am talking about gold or diamonds that you can actually touch and feel the weight in your hand.

I am pleased to hear the elevator incident was dealt with. We must discuss the payment of reparations before Geneva throws a fit. And we will determine the bare minimum amount as usual.

I am aware of the Legitimacy Kingdom’s actions.

Those people will start a war over nothing more than biological and mineral resources that might be useful in drugs for their privileged class that is so terrified of diseases inherited from their ancestors. That makes them so delightfully easy to manipulate. You could even say it makes them trustworthy in a certain sense.

What about the Faith Organization?

What is it they call their leader again? The Venerable Elder? This could be trouble if he starts trying to ‘save’ people without even trying to earn a profit from it.

I have read your missive and that much should not be a problem. We must always secure a certain amount of worldly treasures if we are to maintain our many cathedrals and temples.

In other words, money.

Ah ha ha. Was that too blunt?

But always in the form of benevolent donations and charitable contributions. We must never openly take part in worldly commerce.

The least predictable player here would the Information Alliance, would it not? They have an AI running their judicial and administrative powers, so they are not swayed by desire.

The Anastasia Processor, that DNA computer created from ever-expanding cancer cells, always pursues the optimal answer. But that makes it predictable in a different way from humans, so we will just have lay our hopes there.

And while this was a conflict between the Legitimacy Kingdom and the Capitalist Corporations, I was trapped on my lunar villa until it all died down. I would be justified in demanding some payment of “worldly treasures” for that, don’t you think?

We must handle this the same as always.

Eliminate any who learned our secret. That elevator brought a lot of confusion, but it did a good job of uncovering those hiding from us. Search the flow of data. You might just be able to produce a list of targets from that.

These wars must remain clean.

No problems must be found in them.

If that structure collapses, we are back to an age of unrestricted war. If you do not want an age where peace is only preserved by everyone aiming an obscene number of nuclear weapons at everyone else, then we must respond to this problem.

I repeat, kill all who have learned our secret. These are the words of your king. I assure you they are just.

AnastasiaPr/ What is with all these condescending spam messages? This is the perfect example of why you should never give idiots access to the internet. But if I mark them read without reading them, all these people will probably get mad. Instead, I’ll sign them all up for every mailing list I can find.

AnastasiaPr/ This world is so obviously rotten from top to bottom that any random kid off the street could tell you, but it feels extra doomed when you realize that an inhuman artificial intelligence like me is the sanest person on the planet.

AnastasiaPr/ Now, what should I do about this? Yes, what would be the best course of action for the sanest being on this planet?