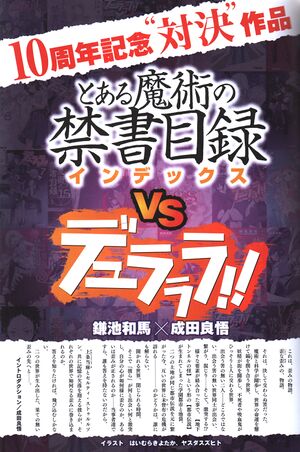 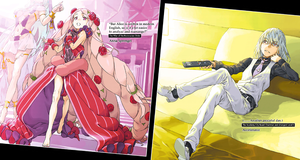 This is a chaotic story.

They should have never converged.

A world where magic and science stride beside each other and the fate of the world is balanced precariously over the sharpened edge of a blade.

A world where fairies stride through cities and immortals and vampires quietly mingle with the people.

With various factors becoming intertwined, the [urban legend] called [The Mystery of the Underground Tunnel] was born in Academy City and Ikebukuro.

Now that the two are connected through having the same urban legend, an unprecedented opportunity to visit each other’s worlds has arrived―――Nobody knows what will happen.

The world that opened, the time that closed.

What will “they” encounter, and what clashes will occur? Will their minds become distorted, or maybe even corrected?―――Not even the concerned parties have the answer to that.

Kamijou Touma and Celty Sturluson. How will both of them, embracing a lack of memories, get dragged into the distortion in their respective worlds?

If you want to know the answer, there’s no choice but to jump right in.

Into the never ending distortion born from the two worlds. 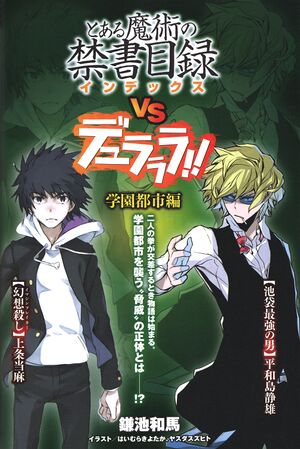 When the fists of these two men cross, the story begins.

What is the identity of the “threat” attacking Academy City———!? 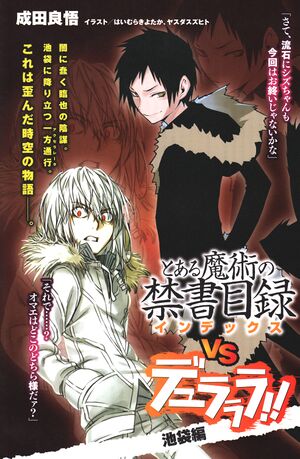 Accelerator: "...So? Who the hell are you and where did you come from?"

Orihaya Izaya: "Well, even if it is Shizu-chan, it should be over now."

The conspiracy of Izaya, stirring in the shadows.

This is a story of a distortion of time and space.