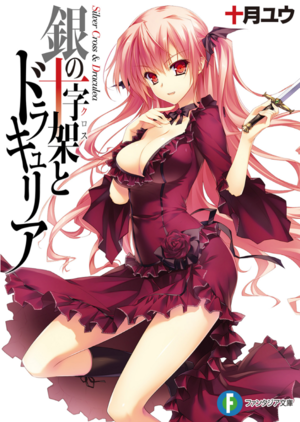 Silver Cross and Draculea is a light novel series written by Totsuki Yuu (十月ユウ), illustrated by Yasaka Minato (八坂 ミナト), and published under Fujimi Fantasia Bunko. The series has concluded with 5 volumes.

The Silver Cross and Draculea series is also available in the following language(s):

"Impossible... Why are you not following my orders!? Clearly I sucked your blood, why!?"

On the very first day of high school, the youth subscribing to the philosophy of "absolutely ordinary everyday life," Kujou Hisui, encountered disaster head on: he was attacked by Rushella Dahm Draculea, the vampire who had lost her memory. Rushella was greatly intrigued to find her vampire powers ineffective against Hisui. Not only did she make Hisui's home her own, she even enrolled in his school to stick to him--

Hisui had no choice but to help Rushella regain her memory. But before one crisis could be resolved, many more had risen. With tempting advances from the mysterious Sudou Mei, and kidnapped by the girl from the Supernatural Investigations Section in search of Rushella, Hisui's ordinary life has been replaced by its complete opposite, drama--

Romantic comedy and supernatural action in a school setting!

The Silver Cross and Draculea series by Totsuki Yuu

For PDF versions of completed volumes, please visit the forums. 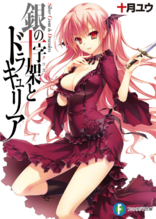 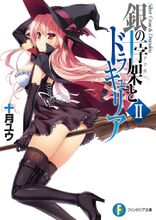 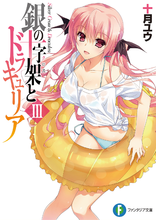 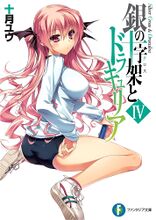 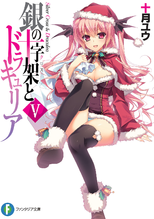 To see who worked on what, please consult the Registration Page.