Baka to Tesuto to Syokanju:Volume12 The Fifteenth Question 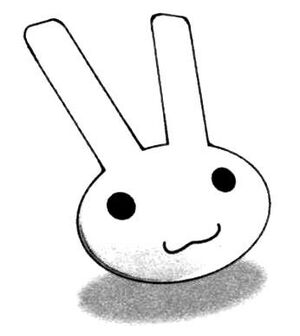 It was during October, while we were in 3rd grade.

I left something in school after class was dismissed, and when I was passing by another classroom, I saw something strange.

That girl was in the classroom, the sunset shining in, writing something on the blackboard silently.

At first, I thought she was scribbling some nonsense onto the blackboard.

However, she was looking too serious to be fooling around.

She kept writing and erasing on the blackboard, and erased and wrote, repeating this over and over again.

What's she doing actually, being so serious like this?

The young me back then was curious, and I quietly watched her from the corridor.

After looking for a while, I can tell from the outlines and the colors of the chalks used that she's practicing how to draw a tree on the blackboard.

s—practicing how to draw a tree on the blackboard? For what purpose?

I was curious as to her reasons, but I was scared of distracting her, so I quietly left her.

On the way back home, I recall the back profile of that girl being so focused.

I was curious about what that girl was doing, “What were you planning to do to the blackboard?” and so I nonchalantly asked my friend in the next class.

“The grandpa sensei is about to retire or something, and isn't going to be a teacher anymore.”

I do know of that grandpa sensei. He's the teacher from the next class, quiet and gentle, and though he's scary when angry, he's still a popular teacher.

Once I heard these words, I somewhat knew the reason why she was facing the blackboard.

But she wasn't writing any word on the blackboard. Was she in charge of drawing a tree?

“Eh? Drawing a tree? Hm...maybe there's someone in charge of this, but I don't remember it. It'll just get covered by all the decorations on the blackboard anyway.”

I recall what I saw a few days ago. That girl was practicing in a corner of the blackboard. There's no way he could see it once the decorations are all put up.

“You don't have to thank me for that, but you really ask such weird things, Aki-kun.”

Once I bid farewell to this friend who answered my question, I suddenly thought.

That girl's a little silly to practice her drawing so seriously in a place she can't be seen.

And suddenly, I felt a sense of familiarity with that girl rising within me. I've been called stupid and useless many times as well anyway.

Once the new year arrived, the girl and I end up in the same class.

A lot of things happened. We became pet caretakers together, and I gradually got closer with her.

And then, right when the impression of 'the girl who quietly practiced her drawing on the blackboard after school' was about to fade away.

That girl ended up in hospital because of her body's condition.

Our class decided in unison to send her a get-well-soon card, and I only wrote 'I'll definitely go look for you!'. I'm not good at writing essays, but if a friend's staying in the hospital, I'll definitely visit her.

A week passed from the moment that girl started to stay in the hospital, 'Himeji-san's about to recover', and our homeroom teacher told us this, and so, I decided to visit her that night. As for why I chose to go at night, it's because her family members will not be there at night, and she'll definitely feel lonely. If I go, I'll definitely see her being shocked.

If there's no one she can talk with, she's probably watching the TV, right?

Will she be reading a book quietly?

Or did she bring a handheld game to play?

I wondered as I sneaked by the big sister nurses, arrived at the room, and watched through the slightly ajar door.

—the girl who I thought was obedient and carefree was sobbing as she studied.

I recalled the scene I saw in the classroom before I knew her name.

That girl was quietly practicing her drawing in the classroom, where nobody else was looking. She was practicing a tree that wouldn't be seen.

When she was in charge of the pet caretaking, she was even praised by the teacher 'she's so hardworking even though she was forced to do the job'.

And then, 'I have a lot of things I can't do, so I have to at least work hard for what I can do' that girl answered.

The girl I had interest in wasn't foolish.

To her, no matter how minor it may be, she'll do things with all her might. She'll focus all her efforts, her might, and will do things with everything she's got. Even in this empty ward room, she continues to work hard, enduring the loneliness as she sobbed.

As I watched how that girl's focused mannerism, I found myself falling for her.

That, I suppose, was my first love.