Using a brand new method to deal with the inevitable low birth rates!

~Cultivating the interest in children within students~ 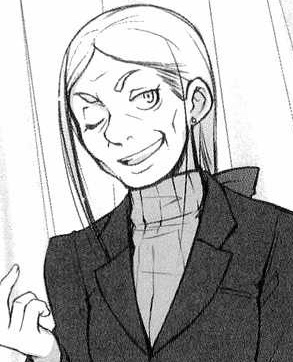 In recent years, low birth rates are a common occurrence. In response to this, she may have another way of looking at things through the eyes of an educator, and tried to find a way to solve this problem. This solution was ‘to breed the interest of children in the students through summoned beasts’. The one who thought of this low-birth rates counter was Principal Toudou Kaoru of Fumitzuki Gakuen. In this experiment, once two summoners’ information like personalities and appearances are processed, the system can predict what sort of child will be born. By interacting with the summoned beast, they would know how cute the child was and also understand the delight in building a family. The principal said that this was the objective of the current plan. Such a method would be like a simple fortune telling game, where people will see the children as easily as in games. Such a topic would definitely bring about interest in those hoping to have relationships.

Our experts’ view on this matter.

In regards to this brand new method the principal raised to deal with the issue of low birth rates and other related aspects, we had invited an expert with a paranormal understanding this this matter. 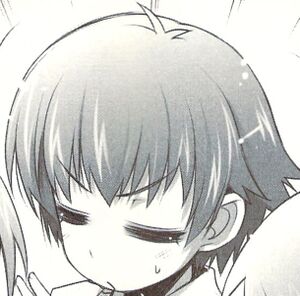 “Instead of the results, we should be focusing more on the process.”

Instead of cultivating the students’ interest in children, we should be focusing on the process to this outcome and learn the details specifically. Tsuchiya-san said passionately. As our reporter inquired about what kind of things we should be learning about, he silently tilted his head back to hold his nose. It seemed that he was enduring the hot-blooded ideals that were rushing out from his body.

Also, our reporter had interviewed the other students who took part in this experiment, only to get negative feedback like “I got messed around hard. I had enough of this.” and “I don’t want to experience such a thing. That damned old granny’s definitely up to no good no matter what she does.” It seemed that just like how there are two opposing sides on the view of fortune telling, there are two opposing sides in regards to predicting the appearances of the children. Also, the aforementioned children-sized summoned beasts are just modifications of the summoners’ characteristics, and the children’s growth environments and social relationships are not considered. As for this, due to the fact that technology isn’t at that level yet, it wouldn’t be easy to count in other factors. Also, there are still other questions regarding this like how the children that were born can only be set to be around age 2, and how boys can have babies with each other. The experiment is interesting, but there’s still room for improvement in this test.

According to rumors, class 2-F, hailed the number 1 worst class in the school, has been improving their grades recently. The general consensus is that part of the reason is due to the continual summoning wars helping F class to improve their grades. Class rep Sakamoto Yuuji-shi and Yoshii Akihisa-shi, who still has room for huge improvements, and even Tsuchiya Kouta-shi and Sugawa Ryo-shi’s grades have improved by a little. This may be considered an effect of Fumitzuki Gakuen’s management.

Home Economics Classroom exploded. Luckily, no one was hurt.

The Home Economics Room, which was opened for students to prepare their refreshments for club activities, exploded for unknown reasons. According to Himeji Mizuki-san, who was inside the classroom, “It suddenly exploded once I added Nitric acid, Sulfuric Acid and Glycerine last when I was making cookies.” The totally unexpected outcome seemed to cause her to panic. On the other hand, in regards to the news that the Home Economics Classroom has to be closed, she indicated, “I love cooking the most, so this is really a pity.” Looks like she, who works really hard in studying, is seriously trying to learn how to be a bride.

In preparations for the Autumn Tournament Meet, the Girls Swimming Team has started on special training. There are a lot of members taking part, and it seems that this special training will become a competition of ‘The Strongest will survive and the Unfit will be eliminated’ in order to achieve their qualification for the next IH tournament. There are often many challenges seen in this extremely popular sports club, and the individual events seem to have such an occurrence as well. Let’s hope everyone can do their best to achieve a satisfying outcome.

The big reveal to the man who continues to break records.

Fight against pressure in current society.

Please purchase from the Chemistry Department.

Proven to be unauthorized by the Government.

From the school to the station,

The ultimate perfect edition map to all the alleys!

The piping hot ramen in the shopping street alley is the latest craze! 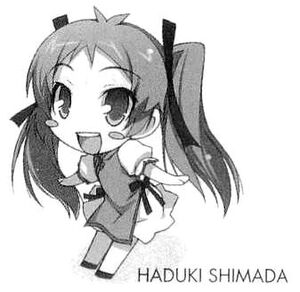