Baka to Tesuto to Syokanju:Volume1 The Final Question

Question: Please fill in the correct year in ( )

In the year ( ), Christianity was first introduced in Japan. 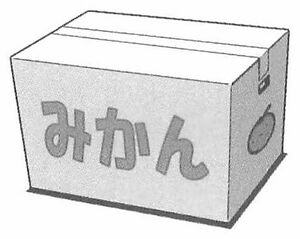 "On a Winter filled with pure white snow, I held your cold and shivering hands on 1993."

This is the first sentence Takahashi-sensei said to us when we stepped into the video classroom.

Yeah, I know, we lose. We were defeated without a doubt.

Kirishima walks towards Yuuji, who is kneeling on the ground.

"Good that that you're prepared! I will kill you! Hold your breath and die!"

Himeji holds me back from behind.

"This idiot scored fifty-three! If he scored zero, maybe it was because he forgot to write his name! A score like this..."

"This was the best I could do."

"Aki, calm down! You can't even score more than thirty right?"

"Then you have no right to blame Sakamoto!"

"Damn! Himeji and Minami, why are you stopping me!? I must cut his throat open as punishment!"

Himeji tries her best to stop me.

Damn! Idiot Yuuji, your life is saved by Himeji's kindness.

"However, it was really dangerous! If Yuuji didn't underestimate the difficulty of primary school questions, I might have lost this duel."

"I have no excuse to give."

Exactly as the enemy expected?

This reminds me about that promise we had with Class A to do one thing for the winner.

This is what you would expect from the Silent Pervert, he is already prepared!

I can't just stand here and do nothing. I must help him take pictures.

Yuuji simply answers her. Are you trying to act cool? You aren't the person who is in trouble now!

Kirishima glances at Himeji, then moves her focus back to Yuuji.

After taking a small breath, she says: "Yuuji, go out with me."

"I just knew it. Can't you give up already?"

Why does Kirishima want to date Yuuji? Doesn't she only like girls?

"I refused you a lot of times already, right? Don't you want to try dating other guys?"

"...I only have Yuuji inside my heart, I am not interested in anyone else."

That means---- the rumours about Kirishima not being interested in the opposite sex, it was because she only loves Yuuji? She was only interested in Himeji, only because Kirishima was alerted that females were close to Yuuji?

"Where is my right to reject?"

Kirishima holds the back of the Yuuji's shirt and drags him out of the classroom.

The classroom is dead silent.

What just happened now was far beyond everyone's imagination, none of us could say a word.

"Then, everyone in Class F, the war has ended."

A wild roar is transmitted into our ears while we are in total shock.

We turn our around to look for the source of the voice, and see the teacher from Office of the Dean of Students, Nishimura-sensei (Iron Man).

"Huh? Nishimura-sensei, do you have some business with us?"

"Yes, I'm preparing to explain the tuition for Class F."

"Congratulation! Because you lost the war, the homeroom teacher changed from Fukuhara-sensei to me. This year, you guys have the chance to study like mad."

All the males in our class screamed a pitiful yell.

Iron Man had another title, "Demonic Teacher," simply because he was very strict with the results of his students. Also because he is in charge of the tuition room management in this war.

"Listen up, you guys performed very well in this war. To tell you the truth, I never expected Class F to achieve so much. However, even if 'result doesn't mean everything,' it is still a powerful weapon in your life. Even if result is not the most important thing in life, it doesn't mean we should not put effort into it!"

Damn! If Yuuji was as smart as a primary school student, we would never have had to listen to the reasoning from Iron Man! He was called the "Whiz kid," but a person who normally just slacks off could never win in a subject that required memorizing. Yuuji you big idiot!

"Yoshii, I will give special supervision to you and Sakamoto, because both of you are the first ever 'Kansatsu Shobunsha' and A-class war criminals for this school."

"I won't just let you have your way! No matter what, I will try to hide from your supervision, and have the same relaxing school life!"

Iron Man sighs. It seems that he is shocked how slack I am.

However, I actually want to start studying, just a little bit.

"Anyway from tomorrow onwards, besides the normal lessons, I will give all of you an extra two-hour after-school lecture."

This is because we are going to have another war three months later, so that we can escape from Iron Man.

Good! This is the first time in my life I am enthusiastic about studying, so let me start studying hard now!

Just when I am full of energy, Minami quietly walked up to me and said,

"Aki, since the after school lecture starts from tomorrow, today we should go to have the crepes in the coffee shop that you promised me last time."

"What? Minami, isn't that something to do on a weekend?"

Could it be that she wants me to give her a treat twice in a week? Then, before the next living expense is mailed to me, I'll have to drink only salted water! 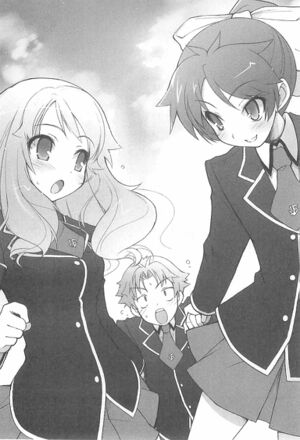 "N-No! Yoshii needs to watch a movie with me!"

"Eh? Himeji, we never even discussed this right?"

Even Himeji does this to me? What is going on? Although it feels good, it also means I don't even have the money to drink salted water! I will definitely die if I can't think of something to get out of this!

"Ni-Nishimura sensei! Tomorrow is too late, let's have the lecture today! There's an ancient saying that goes 'strike while the iron is cold' right?"

"Hmmm, watching you be so enthusiastic, I'm very happy----"

"However don't overwork yourself, just go have fun today!"

"Damn you Iron Man! You knew I was in a crisis and now you give me more trouble instead of helping me! In the graduation ceremony I'll bring a baseball bat full of nails and wait for you under the legendary tree!"

"This is a rather innovative way of expressing love!"

I am going to release all the hatred that I have accumulated from the past.

"Aki! You can't get away from this by trying to act like you are working hard!"

"Yoshii! Watch the movie with me first!

"Himeji, do you actually like me instead of Yuuji?"

"Sakamoto? What are you talking about? Since a long time ago I, for Yoshii---"

"Wah! Minami, the head is a vital part of the human body, please be gentle with it----"

The results of this Test Summoning War for me is developing a small enthusiastic motivation towards studying and greatly reducing my living expenses. Although I didn't reach my target, an ending like this isn't so bad at all!

Anyway, there is something I'm very sure about. That is----

"Hey, take me to have crepes now!"

My main food will be tap water from the public park, that is all.